The venue offers indoor seating for up to 250 guests plus a 7,000-square-foot covered patio space.

The new, two-story food-and-nightlife venture has opened at 18745 Redland Road, a space next to popular Las Haciendas Restaurant, according to Martinez.

“This location will be very different from our Downtown and Riverwalk venues,” he said in an emailed statement. “We built Redland to be versatile and cater to the area workers and families by day, then transform into a fun-filled environment at night.” 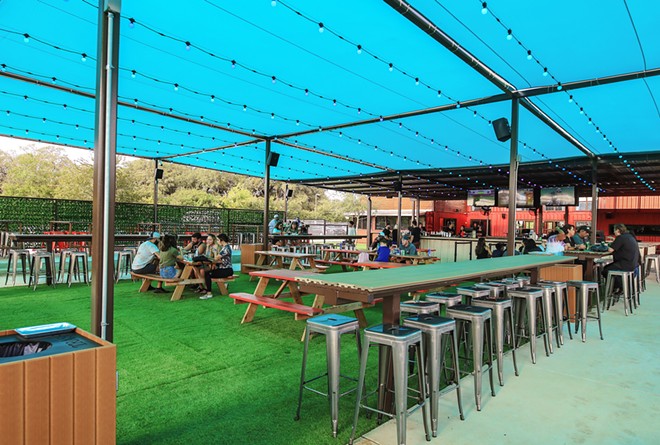 The new Smoke will dish up the same barbecued meats and traditional sides featured at the fast-expanding chain's other locations. Those include its east-of-downtown restaurant and nightspot along with a downtown eatery near the Arneson River Theatre and recently opened stores on the River Walk and in Corpus Christi.