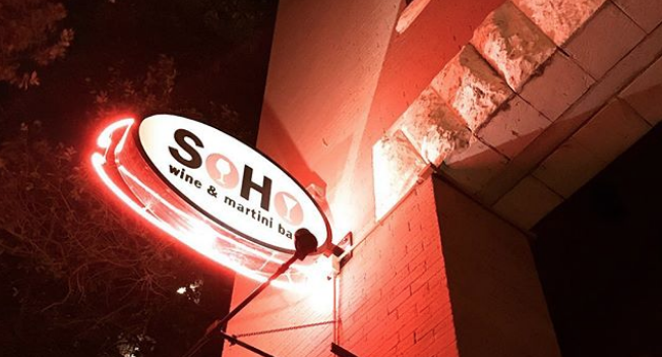 Instagram / sohococktailbar
Located in an old bank, SoHo is known for the vault behind its bar.
Downtown San Antonio no longer appears to be a sweet spot for SoHo Wine & Martini Bar.

The center-city cocktail fixture is relocating to Castle Hills on September 1, according to a Tuesday Facebook post from Joe Izbrand, an alderman for the northwestern suburb. Castle Hills Mayor JR Treviño also trumpeted the relocation in a separate social media post.

The drinking establishment will occupy space at a retail center at 8055 West Ave. after its relocation, according to Izbrand.

The elected officials announced the relocation following Castle Hills' Tuesday city council meeting. During the session, the council granted SoHo a permit to operate a food and drink establishment, according to an email from Treviño.

SoHo has been a downtown staple for the past 15 years. Besides its mix of classic and creative cocktails, the spot is known for an old bank vault located behind its bar, a leftover from when San Antonio Loan & Trust Bank occupied the space.