Grisly Man: Actor Willem Dafoe Talks About His Expressive and Eerie Role in The Lighthouse 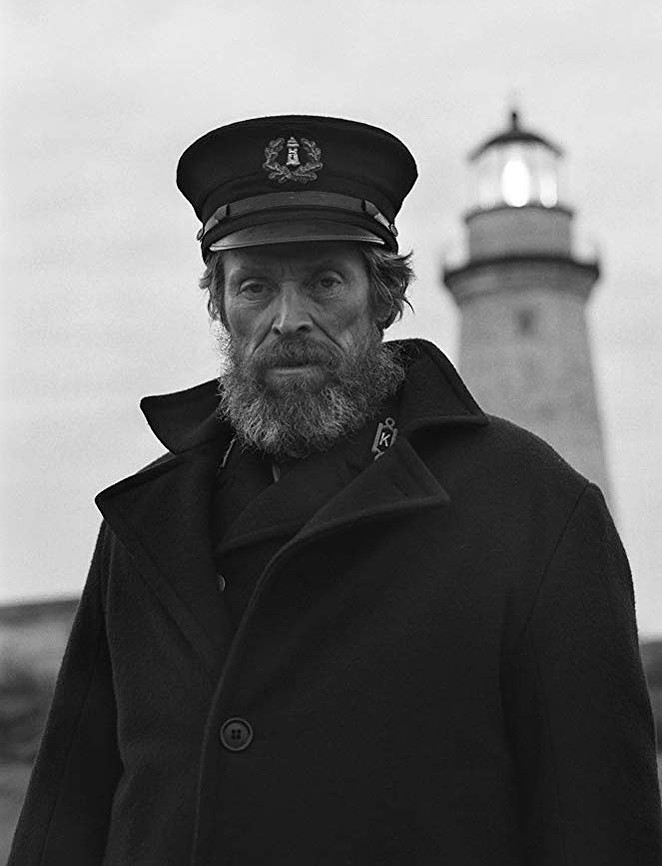 In the psychological horror film The Lighthouse, four-time Oscar nominee Willem Dafoe stars as Thomas, a crusty, old lighthouse keeper — or “wickie” — working in New England during the late 19th century. When a new wickie (Robert Pattinson) is stationed on the island with him, Thomas shows the novice the ropes but refuses to allow him to man the lighthouse himself, eventually pushing him to the brink of madness.

During an interview with the Current last month, Dafoe, 64, talked about pursuing the initial meeting with Lighthouse writer-director Robert Eggers, how he was able to lose himself in his character and what it was like sharing a set with a reclusive co-star.

Because the dialogue in The Lighthouse is so specific, is it safe to say this role didn’t provide a lot of room for improvisation?
In the traditional sense of creating dialogue, [The Lighthouse] is very designed. The improvisation really comes from within that structure. You don’t feel like you can’t improvise, but you’re not creating dialogue, and you’re not inventing new action. The pleasure comes from committing to that structure and finding the life inside of it.

When you were offered this role, had you already seen Robert’s debut film The Witch?
I saw The Witch, but I didn’t know anything about it. I went in as just a guy going to the movies. I responded to it so much, I thought, “Wow, there’s a filmmaker here.” Then, I called up my manager and said, “Who made this film? I’d like to have a meeting with him.” We got along fabulously and had a lot of common interests. We kind of pledged that we’d work together. Not so much later, he called me up and said, “I have the project. Here’s the script. It’s you and Rob Pattinson. Read it. I hope you like it.”

Is that something you’ve done before in your career — respond to a filmmaker’s work and reach out to them in hopes you can work together?
It’s not a regular thing, but I have done that. I did it with Wes Anderson [for 2004’s The Life Aquatic with Steve Zissou] and with Sean Baker [for 2017’s The Florida Project], for example. It’s just practical, particularly if they’re open to that kind of thing and if they’re newer filmmakers. There are people that don’t go through the usual casting process, so it’s nice to let them know that you’re interested in their work. 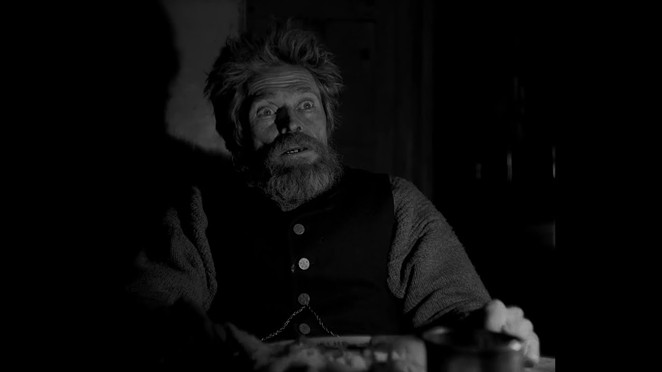 Was there anything different about the way you approached this character compared to others in your career?
I don’t have a method. For each movie, you create a different process — whatever you feel you need to do to have the authority to pretend. For this, I had done so much research and had so many external things like fake teeth, beautiful costumes, a pipe, a beard, an accent, a limp, a lighthouse, the damn weather. There was so much to work with. I basically tried to be receptive to that and be curious about things. Then, off we go.

Talk to me about the dynamic you were able to create with Rob on the set.
I enjoyed working with him, but I didn’t know him at all outside of the scenes. We had very little discussion and rehearsal time where we actually talked to each other. It’s only after [shooting the film] while doing press that I’ve gotten to know him. We were working every day under very difficult circumstances weather-wise. Like his character, he tended to go off and be quite reclusive while I stayed on set to practice. He wanted to do things when the camera was rolling. That separated us, but it was actually beautiful, because it was an absolute parallel experience to what happens in the movie.

One of the promotional items the studio sent me for the film was a replica of the mermaid sculpture made of soap. For those readers who haven’t seen the film, this question won’t make much sense, but do you think they are suggesting I actually use it in the shower?
(Laughs.) Oh my, I wasn’t aware of this! (Laughs.) Whatever works. Whatever works.

The Lighthouse was released on DVD and Blu-ray January 7.