Jitterbug On! A Happy First Birthday To K23 Gallery

Matt Stieb
K23 Gallery is celebrating its first birthday.
A shotgun setup in the Fredericksburg building that houses the Uptown Studio and Nite Lite, K23 proprietors Gem and Glenn Hotvet book an exquisite combo of rock ‘n’ roll and boundary-crossing art. Named after cologne in novelist Tom Robbins’ Jitterbug Perfume, the gallery has a bounty out for the kill or capture of taboo.

“Robbins' themes in a lot of his books inspire us in our mission as a gallery to play with taboo,” Gem Hotvet told the San Antonio Current. “If a topic is never raised, how are you supposed to talk about it? It's really important for us to provide a platform for people who don't have one … a place for artwork that's maybe beyond the limits of what a lot of institutions would deem acceptable.” 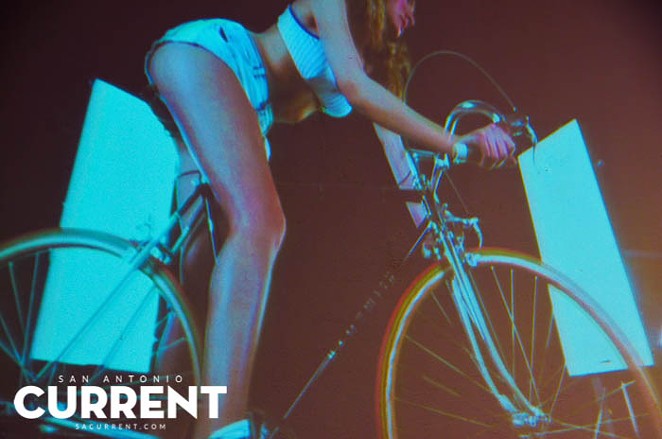 K23’s first few months went swimmingly, though the gallery reached troubled waters at the end of 2014. In November, after a misunderstanding with their landlord — a few hundred too many decibels at the rock shows — the Hotvets had to move their operation to their new spot at 702 Fredericksburg Rd. And in December, DJ and gallery co-conspirator Jason Gonzalez passed away of a heart attack.

“A lot of decisions are made keeping in mind what he would like,” said Gem. “He was curating for us when we opened, but he passed away shortly after we moved into this space. We had to deal with losing one of our close friends and moving on with our business not knowing how to operate an art gallery.”

Along with a few business lessons from guerilla booker Mondo Nation, the K23 Gallery returned to the wealth of Tom Robbins for inspiration.

“There's a scene in Jitterbug Perfume where there's a perfumer talking about the point where art and science converge upon each other and one becomes the other,” Gem explained.