The reggaetón megastar's retirement tour isn't the only reason for San Antonio music fans to be excited this week. 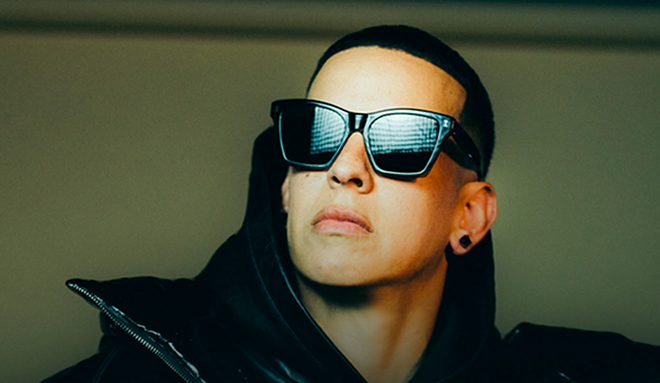 Reggaetón megastar Daddy Yankee will hit the AT&T Center this week as part of what he's billed as his retirement tour. That's a big deal. But it's far from the only compelling reason to enjoy live music in San Antonio this week.

This all-woman tribute band brings the dynamics and energy of Iron Maiden to cozier venues. Made up of highly trained musicians — longtime Alice Cooper shredder Nita Strauss is an alum — the group covers material from all eras of Maiden's repertoire and has been together with varying lineups for 21 years. $20-$150, 8 p.m., Sam's Burger Joint, 330 E. Grayson St., (210) 223-2830, samsburgerjoint.com. — Enrique Bonilla

Puerto Rican papi Daddy Yankee has been dubbed the King of Reggaetón for damn good reason. Not only did he coin the term reggaetón when the sound first emerged in the mid-1990s, he's racked up 184 awards from 484 nominations, including five Latin Grammys, two Billboard Music Awards, 14 Billboard Latin Music Awards, an MTV Video Music Award — and we could go on. If you haven't yet experienced him live, best act fast, since this is purportedly his final tour, although he'll make one more Alamo City stop on Dec. 16. $181-$1,956, 8 p.m., AT&T Center, 1 AT&T Center Parkway, (210) 444-5000, attcenter.com. — EB

Though Tesla gets lumped in with the '80s hair-metal scene, that association had more to do with the band's stage attire than its sound. Had Tesla arrived five years later, it might have been regarded as throwback rockers akin to the Black Crowes. After all, the band covered the Grateful Dead, the Beatles, the Rolling Stones and Creedence Clearwater Revival on its LP Five Man Acoustical Jam, which also featured its hit cover of "Signs," originally by Five Man Electrical Band. See what they did there? $35-$198, 8 p.m., Aztec Theater, 104 N. St. Mary's St., (210) 812-4355, theaztectheatre.com. — Mike McMahan

Despite the pluralization of its name, singer-songwriter John Darnielle remains the anchor and only consistent member of indie-folk band the Mountain Goats. If you haven't been keeping up with Darnielle since the Mountain Goats emerged during the '90s, he's guided the band away from its lo-fi origins to become a staple of the indie scene, even signing with Merge Records, the same label as drummer Jon Wurster's other group, Superchunk. $29.50, 8 p.m., Paper Tiger, 2410 N. St. Mary's St., papertigersatx.com. — Danny Cervantes

Palaye Royale has got a look that screams "former emo kids obsessed with old traveling circuses." And its music matches the look. Even so, the music carries less angst and more sadness than the emo origins might suggest. Also expect touches of modern pop not too far removed from Imagine Dragons. $29.50-$104.50, Tobin Center for the Performing Arts, 100 Auditorium Circle, (210) 223-8624, tobincenter.org. — Brianna Espinoza

Beloved metalcore acts Emery and Norma Jean are double headlining the Texas edition of the Labeled Fest 2022 tour. Expect a night of post-hardcore screams, clanging guitars and punishing breakdowns. Even though the band members are starting to go gray, we're guessing they'll bring it like it's still 2003. $27.50-$30, 7 p.m., Vibes Event Center, 1223 E. Houston St., (210) 772-1453, therockboxsa.com. — BE

Though they describe themselves as "bedroom pop that's moved to the couch," the members of Why Bonnie might be selling themselves short not acknowledging they've moved to the garage. Despite the intimacy of singer-songwriter Blair Howerton's voice, Why Bonnie offers a full-band sound. Recommended for people who enjoy the stylings of Phoebe Bridgers but crave more straight-up rock and Americana vibes. $15, 8 p.m., Paper Tiger, 2410 N. St. Mary's St., papertigersatx.com. — MM

Co-headlined tours seem to be all the rage lately, as evidenced by this one topped by a pair of post-hardcore mainstays. Silverstein is returning to San Antonio less than a year after its last packed show here. Meanwhile, the Amity Affliction is flying high off its most recent EP Somewhere Beyond the Blue. $30-$35, 7 p.m., Vibes Event Center, 1223 E. Houston St., (210) 255-3833, facebook.com/vibeseventcenter. — BE

Canadian crooner Michael Bublé has built an empire on an easy-listening sound that evokes Bing Crosby and Frank Sinatra. Which makes sense considering Bublé grew up in British Columbia listening to his grandfather's jazz collection. His 2003 self-titled debut album featured a collection of standards that would become the linchpin of his success. The current tour is in support of his 2022 album Higher, which throws modern pop covers and Bublé originals into the mix. $49-$574, 8 p.m., AT&T Center, 1 AT&T Center Parkway, (210) 444-5000, attcenter.com. — DC