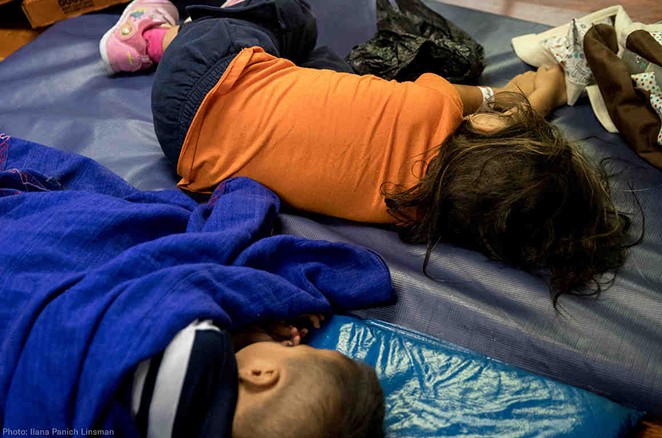 Ilana Panich Linsman via ACLU
A month after opening a shelter for migrant children in an oil town Southwest of San Antonio, the feds are shutting it down.

Vice News reported Tuesday that the U.S. Department of Health and Human services is closing the 1,300-bed facility. Officials told Vice there were only 100 children at the shelter Monday, down from 232 two weeks ago.

"It was too much, too late," Kevin Dinnin, head of San Antonio-based BCFS Health and Human Services — the facility's operator — told the news organization. "By this weekend, we should have discharged all the children."

The facility opened in June to remedy overcrowding and squalid conditions at South Texas Border Patrol facilities. HHS officials even gave media tours of the site to show off how well it treated kids in its custody.

However, the number of unaccompanied migrant children apprehended at the border dropped from 11,489 in May to 7,378 last month, according to federal numbers.

HHS signed a five-year, $8.8 million lease for complex, which once housed oilfield personnel, without first inspecting it, according to Vice's reporting. The also government awarded BCFS a $308 million contract to operate the site through January 2020.