From the Internet Surveillance Act to the Corporate Exploitation of a Global Refugee Crisis, These are the Top 10 Censored Stories of 2016 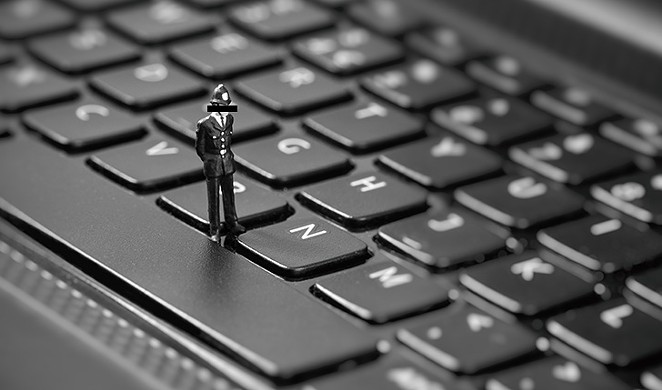 7. No End in Sight for Fukushima Disaster

Five years after the Fukushima nuclear power plant was destroyed by an earthquake and tsunami in March 2011, the nuclear disaster continues to unfold, with the ongoing release of large quantities of radioactive waste water into the Pacific Ocean, in turn affecting ocean life through “biological magnification.”

Meanwhile the Japanese government has relaxed radiation limits in support of its efforts to return the refugee population — a move that younger people, prime working-age taxpayers, are resisting.

Project Censored cites a media analysis by sociologist Celine-Marie Pascale of American University. Pascale covering more than 2,100 articles, editorials, and letters to the editor on Fukushima in the Washington Post, the New York Times, Politico, and the Huffington Post between March 11, 2011 and March 11, 2013, focused on two basic questions: "Risk for whom?” and “from what?"

She found that just 6 percent of articles reported on risk to the general public, and most of those “significantly discounted those risks.” She concluded:

"The largest and longest lasting nuclear disaster of our time was routinely and consistently reported as being of little consequence to people, food supplies, or environments…. In short, the media coverage was premised on misinformation, the minimization of public health risks, and the exacerbation of uncertainties."

In contrast, Dahr Jamail’s reporting for Truthout pointed out that the cooling process—still ongoing after five years—has produced “hundreds of thousands, if not millions, of tons” of highly radioactive water, much of which has been released into the Pacific Ocean. Such nuclear disasters “never end,” Arnold Gundersen, a former nuclear industry senior vice president told Jamail.

“In order to proclaim the Fukushima area ‘safe,’ the government increased exposure limits to 20 times the international norm,” Gunter wrote, in order to force refugees to return home, despite medical or scientific evidence to the contrary.

8. Syria’s War Spurred by Contest for Gas Delivery to Europe, Not Muslim Sectarianism

The Syrian war and its resulting refugee crisis have repeatedly gained headlines over the past five years, but the origins of the conflict, control of oil and gas, are rarely considered — the politics of which have dominated the region since before World War II. The hidden influence of oil — from climate change to campaign finance and corporate lobbying to foreign policy — has been a recurrent subject of Project Censored stories.

Project Censored cites a single September 2015 story by Mnar Muhawesh for MintPress News, but that story cites others as well, notably an August 2013 story in the Guardian by Nafeez Ahmed.

“The 2011 uprisings, it would seem triggered by a confluence of domestic energy shortages and climate-induced droughts which led to massive food price hikes came at an opportune moment that was quickly exploited,” Ahmed wrote, as part of a broader strategy to undermine governments in the region, as well as manipulating social movements and armed factions for the purpose of maintaining control of oil and gas.

Muhawesh and Ahmed both point, in particular, to Assad’s choice between competing pipeline proposals. He refused to sign a proposed agreement for a pipeline from Qatar’s North field through Saudi Arabia, Jordan, Syria and on to Turkey in 2009, because it would have hurt his ally, Russia.

“The proposed pipeline would have bypassed Russia to reach European markets currently dominated by Russian gas giant Gazprom,” Project Censored notes. Instead, Assad pursued negotiations — finalized in 2012 — for a pipeline through Iraq from Iran’s South Pars field, which is contiguous with Qatar’s North field.

Muhawesh cites U.S. cables revealed by WikiLeaks as evidence that “foreign meddling in Syria began several years before the Syrian revolt erupted.” Ahmed  came to the same conclusions by drawing on multiple sources, including a RAND corporation document, “Unfolding the Future of the Long War,” which discussed long-term policy options (trajectories) dealing with the complex interplay of energy interests and ethno-religious-political manipulations.

There’s a whole deeper level of driving forces not being reported on behind the Syrian war and refugee crisis.

The pharmaceutical industry (aka “Big Pharma”) already appeared in story No. 2, “Crisis in Evidence-Based Medicine,” due to the destructive influence of its financing on the practice of basic science in testing and developing new drugs. But that’s not the only destructive impact of their spending.

Although they spent $51 million in campaign donations in the 2012 presidential election, and nearly $32 million in the 2014 midterms, Mike Ludwig of Truthout reported they spent $7 lobbying for every dollar spent on the midterms.

“The $229 million spent by drug companies and their lobbying groups that year was down from a peak of $273 million in 2009, the year that Congress debated the Affordable Care Act,” Project Censored noted. Legislation influenced involved all the industry’s top concerns, “including policy on patents and trademarks, management of Medicare and Medicaid, and international trade.”

The last item includes pressuring other countries to suppress the manufacture of life-saving generic AIDs drugs in India, to cite just one example.

“Pharmaceutical lobbyists also consistently lobby to prevent Medicare from negotiating drug prices,” Project Censored also noted. Coverage of their spending is scant, and virtually never tied directly to the issues that Big Pharma itself is lobbying on.

10. CISA: The Internet Surveillance Act No One is Discussing

In July 2015, Senate Majority Leader Mitch McConnell attempted to attach the Cybersecurity Information Sharing Act, or CISA, as an amendment to the annual National Defense Authorization Act. However, the Senate blocked this by a vote of 56-40, in part because, unlike an earlier version, it essentially enabled intelligence and law enforcement officials to engage in surveillance without warrants.

Yet, on December 18, 2015, President Barack Obama signed CISA into law as part of a 2,000-page omnibus spending bill, amid media silence — with notable exceptions at Wired and the Guardian. The act authorized the creation of a system for corporate informants to provide customers’ data to the Department of Homeland Security, which, in turn, would share this information with other federal agencies—the National Security Agency, FBI, Internal Revenue Service and others — without privacy-protecting safeguards.

In one sense it followed a familiar — if distressing — pattern, as the the Guardian reported, civil liberties experts had been “dismayed” when Congress used the omnibus spending bill to advance some of the legislation’s “most invasive” components, making a mockery of the democratic process. But this one was different, since censored stories usually do not stifle powerful voices, as Project Censored observed:

[Andy] Greenberg’s Wired article noted that tech firms—including Apple, Twitter, and Reddit—as well as 55 civil liberties groups had opposed the bill, and that, in July 2015, DHS itself warned that the bill would “sweep away privacy protections” while inundating the agency with data of “dubious” value.

In April 2016, Jason R. Edgecombe reported for TechCrunch on the glaring inadequacies of interim guidelines to deal with privacy and civil liberties concerns, while the corporate media silence continued. And in May, Violet Blue wrote for Engadget about candidates’ positions on cyber issues. Only Bernie Sanders and Rand Paul opposed CISA, but it never became the subject of any broader media discussion.