Funding for SA's Popular Conservation, Park Programs up in the Air

Mark Reagan
Without a vote, trail system funding will expire.

An emerald ring of creek-hugging trails surrounding San Antonio is more than half complete, but without voter approval, funding to finish the project will dry up next year.

Since 2000, voters have approved a one-eighth-cent sales tax every five years that's used to fund the Linear Creekway Parks Development Program and Edwards Aquifer Protection Program. A request to give voters a chance to continue the programs is in City Council's hands, as it considers placing the proposal on the ballot in the upcoming May municipal elections.

For Vanessa Major, who was out for a run at Phil Hardberger Park last week, reauthorizing funding to further develop the trails system is an easy "yes vote" because the greenways have improved her quality of life.

"The greenbelt is fantastic. I used to road bike, but it's too dangerous because of traffic," she said, adding that she knows numerous cyclists and friends who feel the same way. The greenways, which connect many of the Alamo City's parks, encourage residents to live active healthy lifestyles.

"I'm in favor. We've been named the fattest city a few times," she said, adding that San Antonio needs as many fitness opportunities as possible for residents because of problems like obesity and diabetes, which are prevalent in Bexar County.

In 2010, voters approved allotting $45 million to the Linear Creekway Parks Development Program, $30.6 million of which has been used. The rest is expected to be used up by April of 2016.

If the reauthorization effort doesn't make it to the ballot, Major said she'd be disappointed.

"I hope they make the right decision," she said.

Not all feel the same way. District 9 Councilman Joe Krier questioned the longevity of what he calls a "temporary tax," noting that everything has a limit and at some point funding has got to end.

"I believe the citizens of San Antonio want more information as to when this effort will be over and how we measure its success," Krier said. "When do we know we've achieved what we set out to accomplish?"

The Howard W. Peak Greenway Trails System, which offers 1,200 acres to the public, contains 46 miles of trails and has 40 more under development. Through the aquifer protection program, the city has purchased 130,000 conservation acres, protecting an equivalent of 36 billion gallons of water.

His colleague Joe Krier may question if the money's worth it, but District 6 Councilman Ray Lopez has no doubt about it. Lopez, who is pushing for a reauthorization, said the vast improvement in quality of life alone speaks for itself.

"Continuing this program will further encourage residents to lead healthy, active lifestyles, and once the linear parks are fully connected around the entire city, provide an additional mode of transportation and mobility," he said. 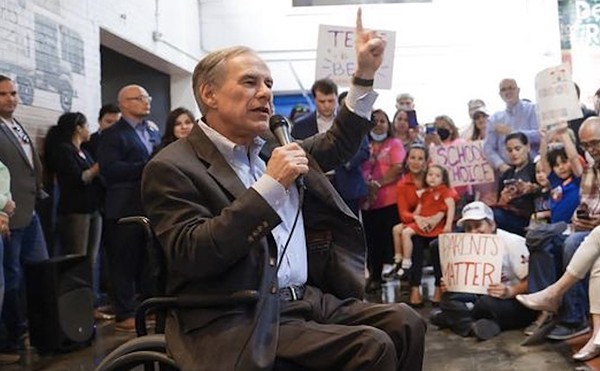