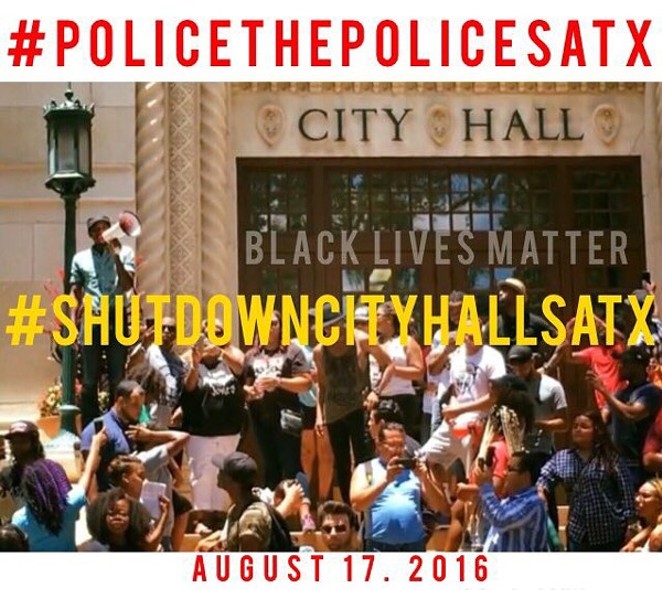 Among the things that spook Texas Republicans, according to a new poll: Black Lives Matter
The vast majority of Texas Republicans, like Donald Trump, think that the kind of criminal voter fraud that could swing an election is a "serious problem."

The overwhelming majority Texas Republican voters who responded to the new University of Texas/Texas Tribune poll this week also hold "very unfavorable" views on the Black Lives Matter movement. Seven out of ten Texas Republicans "strongly favor" subjecting Muslims living in this country – American Muslims – to "more scrutiny than people in other religious groups," according to the poll. Oh, and most of them favor "immediate deportation" of all undocumented immigrants. All at the end of an election season where their GOP presidential nominee has managed to make these flashpoint issues – most recently, on the voter fraud front, adding Texas to the list of states where the election might be "rigged."

These poll numbers – which indicate that an overwhelming amount of Texas Republicans favor treating people differently because of their religion (if you're Muslim, that is), look down on Black Lives Matter activists, and think the election system that's brought them two-decades of GOP-dominated state rule might now, for some reason, be rigged – also should not be surprising considering the rhetoric from the state Republican party's own officials.

Gov. Greg Abbott has been on a crusade against virtually non-existent voter fraud since his days as Texas Attorney General. In 2010, he had armed, bullet proof vest-wearing deputies and state agents raid the offices of Houston Votes, alleging the voter advocacy group had engaged in voter fraud (why Abbott chose boot-stomping over a subpoena is unclear). His big public case, however, fizzled out by the next year and charges were never brought against anyone at the organization. But still, the raid killed the voter registration group – it's kind of hard to fundraise when the state's top law enforcement official has accused you of fraud.

Earlier this year, the country's most conservative federal appeals court blocked the strict voter ID law Texas Republicans passed in 2011 because it discriminated against minorities. According to evidence filed in the lawsuit against the law, as many as 600,000 eligible Texas voters do not have any of the state’s approved forms of photo ID needed to vote – most of them either minorities or the elderly (or, in many cases, elderly minorities). Abbott and supporters of the law have railed against the decisions by the courts, saying all they're trying to do is crack down on the kind of "rampant" voter fraud that all available evidence shows doesn't really exist. One study by an investigative journalism project at Arizona State University found only 104 cases in which voter fraud had been alleged in Texas over a decade. Some 35.8 million votes were cast during that period. As the Texas Tribune put it, “That’s fewer than three glitches per 1 million votes.”

Similarly, it's no surprise Texas Republicans are wary of the Black Lives Matter movement as a whole. Lieutenant Gov. Dan Patrick's been poking at that issue for a while now. He's asked for the Attorney General's office to investigate activists. In a nationally televised forum alongside Barack Obama, he lobbed vague criticism at the president about how police still need to "know it in their heart" that he supports them.

And when it comes to how conservatives in Texas treat Muslims – well, this state has been a laboratory for trickle-down Islamophobia for some time. Public school teachers who teach in districts with high Arab-American populations publicly and unapologetically rant about how "goat-fucking Muslims and boy-fucking Muslims are the evil of the world." Others teach their students how Islam is "an ideology of war.” Some might call a Muslim student a terrorist in front of the class. Others might call the cops if a kid named Ahmed brings a clock with too many wires to school.

Again, probably not all that surprising in a state where people protest the opening of an Arabic immersion school with signs like “Everything I ever cared to know about Islam was taught to me by Muslims on 9-11-2001”; where armed, masked protestors will patrol outside a mosque to, in their words, "Stop the Islamization of America"; where state officials compare Syrian refugees to a pit of venomous snakes and joke about nuking "the Muslim world"; and where at least one state lawmaker made Muslim visitors to her office swear an oath “to renounce Islamic terrorist groups and publicly announce allegiance to America and our laws."