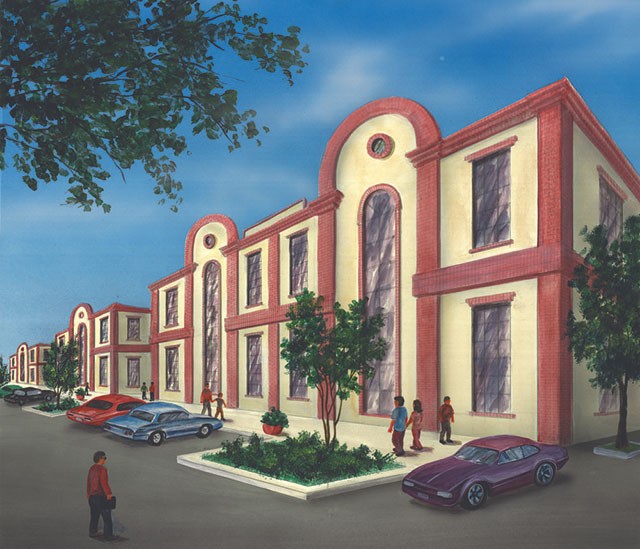 Texans have no shortage of pride when it comes to our history, which is filled with stories of the Alamo, Sam Houston and the Texas Rangers. For many Hispanic Texans, though, the history tends to become muddled and the pride tends to be mixed with feelings that range from indifference to confusion.

After all, anyone who has taken a Texas history class knows that the Mexicans were the “bad guys” during the Texas Revolution.

One organization has taken it upon itself to try and restore some of the honor that has been denied Latino Texans for centuries. Founded in 2008, the Hispanic Heritage Center of Texas (HHCTX) set out with the goal of becoming advocates and stewards of a culture and history that had been lost: the first pioneers and founders of Texas, the Tejanos.

“I helped to found the Hispanic Heritage Center of Texas because of the simple reason ... that this history has never been told,” explained Rudi Rodriguez, founder and chairman of the board of the HHCTX. “There’s the old saying about someone being a man without a country. When I was doing my research on Texas history, that’s what I was finding. Tejanos were not being represented in Texas history. I have always said that the story of Texas cannot be complete without the story of the Tejanos being told.”

Since its start, the HHCTX has steadily moved forward in its effort to rehabilitate the image of Texas history by lobbying for the inclusion of Tejano contributions in the 17th, 18th and 19th centuries anywhere and everywhere it can. HHCTX has taken significant strides recently as they opened an office in March of this year. Aside from offering meeting and classroom facilities for the Center’s partners, staff and volunteers, the space has become a de facto museum to house the artifacts it has already collected.

“Our goal is to tell the story of the Tejano and what they meant to the history and the development of this state,” said HHCTX Interim Director Gilberto Ramon. “It’s important, and that ... has been so key [to] opening our offices, because, for example, there may be some history at one museum or a photo at another place or a record and so on. But that’s not telling the full story. We want to tell that whole story.”

In collaboration with Palo Alto College and Texas A&M University—San Antonio, HHCTX has created the educational initiative Legacy South. The goal of the project is to completely tell the story of the region in southern Bexar County known as La Medina.

“We have partnered with Palo Alto and A&M to develop curriculum for fourth- and seventh-grade students, which is when they are learning Texas history,” Rodriguez explained. “This will include educational material, oral histories, traveling exhibits, a documentary, and Palo Alto is creating an archival center for that region. Ultimately, working with the City of San Antonio and other county, state and federal agencies to document the area … we will also be pursuing a national and historical district designation and recognition for this site.”

Another major goal for the Center is a physical, full-scale museum/educational complex, which is the second phase of its development plan. By early 2015, the group hopes to have a site selected. From its inception, Rodriguez and his fellow board members have had a vision of a location on the grounds of HemisFair Park in the heart of downtown San Antonio.

“We have always felt that for our story to be told and for our mission to succeed, we needed a location downtown,” Rodriguez explained. “It’s been something that we’ve worked on for several years now. We have our eyes on several properties downtown and we continue to work with the HemisFair Redevelopment Corporation and the City of San Antonio on the master plan for that area. That’s where we want to be. Progress has been slow but steady on that front.”

Currently, the HHCTX is looking for volunteers for its fundraising activities, including its annual golf tournament at the La Cantera Resort, as well as for its ongoing programs. Those interested can sign-up online at hhctx.org. There are also membership opportunities available.

“I think the Center is needed because it is important for people to recognize the role and contributions our ancestors played in this state,” Ramon said. “Why is that important? Well, sometimes when people look at ethnicity, they start from a deficit model. They think of other groups as coming from a deficit background. When you look at what Tejanos were doing back in the 1700s and 1800s, you can see that they were instrumental in building the economy and building the state. That’s not a deficit, that’s something very positive for everyone to be proud of, especially Hispanics.”

What is a Tejano?

When the word “Tejano” is mentioned, nine times out of 10 the first thing that comes to mind is the popular music genre. However, in this context, Tejano is all about cultural identity.

When Texas, as we now more or less know it, was founded in 1690 as La Provincia de Tejas, it served as the northernmost territory in the empire of New Spain. From that point forward, until its separation from the Republic of Mexico, its first settling families— and the indigenous population with whom they interacted with became known as “Tejanos.”