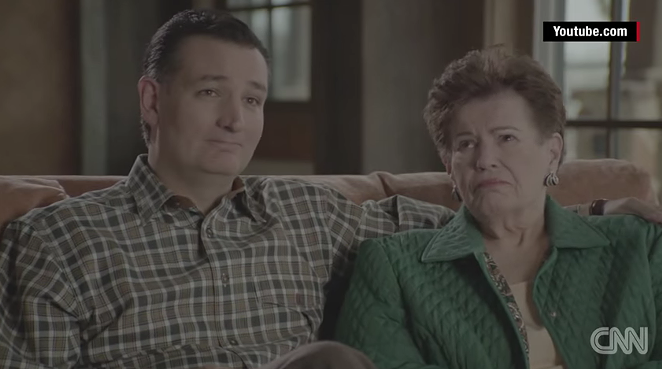 YouTube Screenshot
Ted Cruz and his mother, Eleanor Darragh.
To the average human, practically everything that someone running for president has to do is weird. But synthesizing an image of normalcy and family togetherness is among the weirdest.

Of course, we rarely get to see how that sausage is made. We see sweater-clad candidates strolling down trim suburban streets with their kids, and we're meant to think that this is just who they are, what they do.

But in the case of Ted Cruz, a Texas senator and Republican presidential candidate, we did get to see the work of making him appear like a real person. And it's pretty uncomfortable — like peak Michael Scott from The Office-level uncomfortable.

Because election laws prohibit a candidate's campaign from coordinating with super PACs, ad footage shot by a campaign will be uploaded to a public site and then assembled by the PAC. CNN took some of the footage from Cruz shoots that gave a behind-the-scenes look at their production:


Hugs, and I love you. What a time to be alive!