Hart last brought a tour through San Antonio in 2018, around the time he was promoting his film Night School. 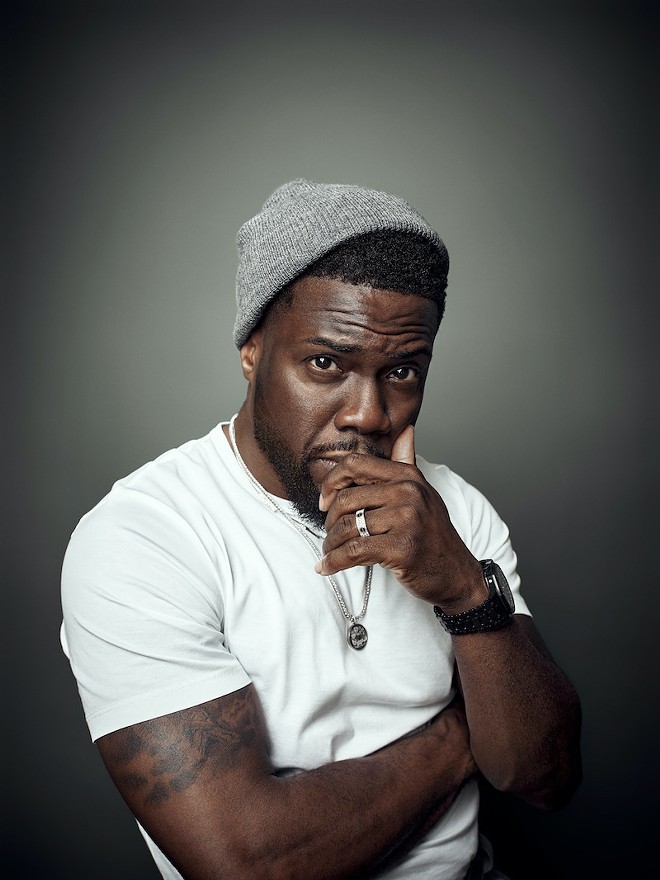 Courtesy Photo / AT&T Center
Kevin Hart's Wednesday show still has tickets available.
We're not sure how comedian and actor Kevin Hart finds the time to go on a nationwide standup tour with the number of movies he's making these days, but the 43-year-old funnyman will swing through the Alamo City for two shows, and he's guaranteeing Texas-sized laughs.

Hart's Saturday night performance is already sold out, but as of press time, Wednesday's show still has plenty of room for fans who want to hear his signature brand of humor.

Hart last brought a tour through San Antonio in 2018 around the time he was promoting his film Night School.

This Texas trip coincides with the release of the animated film DC League of Super-Pets, in which he voices Batman's pet, a German Shepherd named Ace the Bat-Hound. He also stars alongside Woody Harrelson in the Netflix comedy The Man from Toronto.

At the end of August, Hart will be seen in another Netflix comedy called Me Time with co-star Mark Wahlberg. In that movie, he plays Sonny, a stay-at-home dad who calls up his former best friend when he gets a little "me time" away from his wife and children.