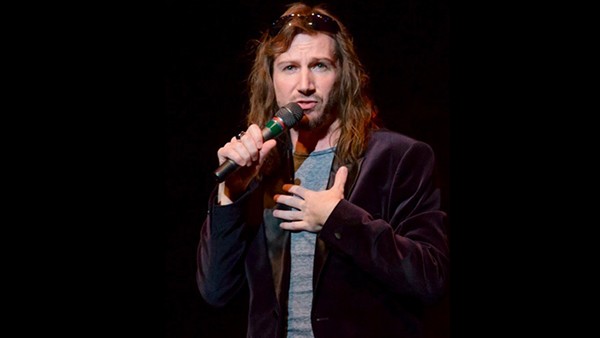 Courtesy of Darren Knight
“Southern Momma Hunt’in with Randy!” is fairly typical of a comedy video posted to Facebook. The black vertical bars on either side indicate somebody shot it on their phone, and Munford, Alabama comic Darren Knight, playing the sass-drawling Southern Momma breaks character to laugh at himself and cracks up completely when a dog walks into the shot to lick him. Not typical of similar videos you might find on Facebook, but not too surprising for “Southern Momma” — a view-count of more than 17 million. Knight, whose character has since dispensed advice for Southern Living magazine, says he’s doing impressions of his own mother and grandmother, who are happy to be his inspiration. “They feel like I’ve kind of given Southern women a voice so to speak, and it is definitely something you can watch and relate to,” he told Inquisitr.com last year. Knight is currently touring in an oft-sold-out show with openers Gary “Coach Croker” Cargal, and Jerry Harvey — a “slightly conservative, 49-year-old Southern gay male stand-up comic, paramedic, hairdresser and radio-show host” who carries a .38 in his man purse. Welcome to redneck comedy 2.0, y’all. $26.75–$32.75, 7pm Thu, May 11, Charline McCombs Empire Theatre, 226 N. St. Mary’s St., (210) 226-3333, majesticempire.com.