San Antonio ranked one of the 5 best cities to celebrate St. Patrick's Day

The city's celebration will commence Thursday, March 17 with the dyeing of the San Antonio River, a tradition started in 1968. 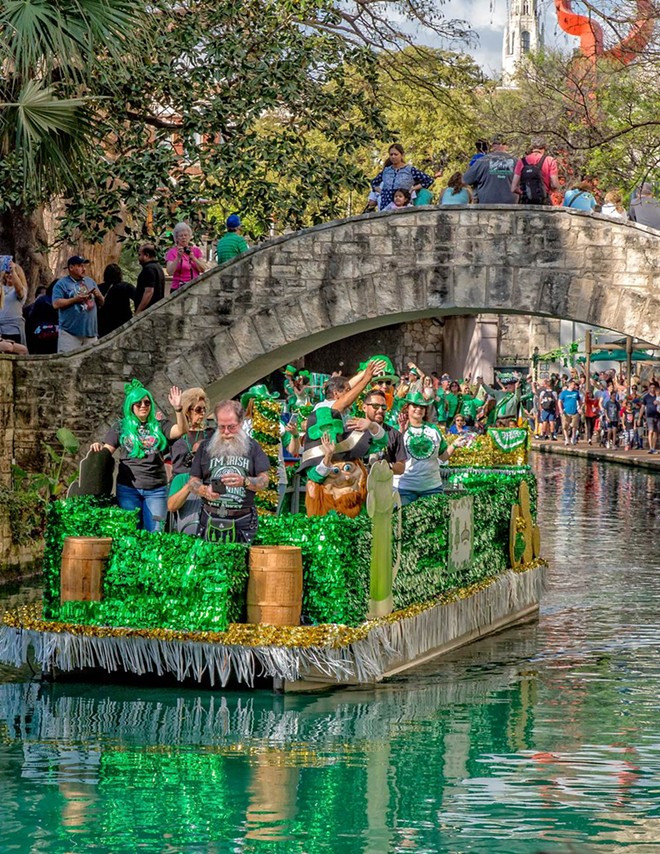 San Antonio landed at No. 4 on Thrillist's list of the best cities to celebrate St. Patrick's Day. Although better known for its Tejano Music and Tex-Mex food, the city's annual riverboat parade, Shamrock-N-Roll Concert, Lucky Dog Parade and other festivities impressed the creators of the list enough to place it in the top five.

Ahead of the Alamo City on Thrillist's list are Chicago, New Orleans and New York city, in that order. Boston ranked just behind at No. 5.

San Antonio's St. Paddy's festivities include the dyeing of the San Antonio River, a tradition started in 1968. The annual river parade will feature 12 Irish-themed floats.

Here's a complete roundup of all the day's celebrations:
Get our top picks for the best events in San Antonio every Thursday morning. Sign up for our Events Newsletter.