The Spurs will face-off against the reigning NBA Champion Golden State Warriors at the Alamodome in January. 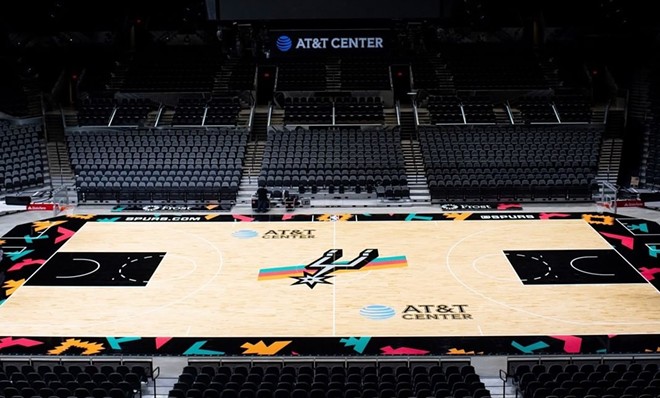 Instagram / @spurs
The decision by the Spurs to play four home games outside of the AT&T Center led fans to speculate that the might be considering a relocation.
The San Antonio Spurs on Wednesday release the team's full schedule for the 2022-2023 NBA season, including the four controversial games it will be playing in Mexico City, the Alamodome, and yes, Austin.

According to the official Spurs regular season schedule released to the public Wednesday afternoon, the Spurs will duke it out against the Miami Heat at Mexico City's CDMX Arena on December 17.

Then, to celebrate the team's 50th anniversary season, the Silver and Black will battle the reigning NBA Champion Golden State Warriors in a nationally televised game at the Alamodome on January 13 — a game where the Spurs have a shot at breaking the all-time NBA record for game attendance.

To the dismay of some fans, the Spurs will then play the Portland Trailblazers on April 6 and the Minnesota Timberwolves on April 8 at Austin's Moody Center.

The four home games being played outside the AT&T Center have raised concerns that the team may be looking to relocate to San Antonio's tech-savvy and youthful neighboring city to the north. However, in a letter to fans, Spurs Managing Partner Peter J. Holt assured fans that the Spurs were staying in the Alamo City.

Spurs CEO R.C. Buford expanded on the decision in a statement following the release of the team schedule, saying, "Hosting these four games is part of our vision to purposefully engage and celebrate our entire Spurs following from Mexico to Austin, while fostering the next generation of fans."