Gains, who played the character Malachi, will appear at Southside Scarefest on Saturday and Sunday. 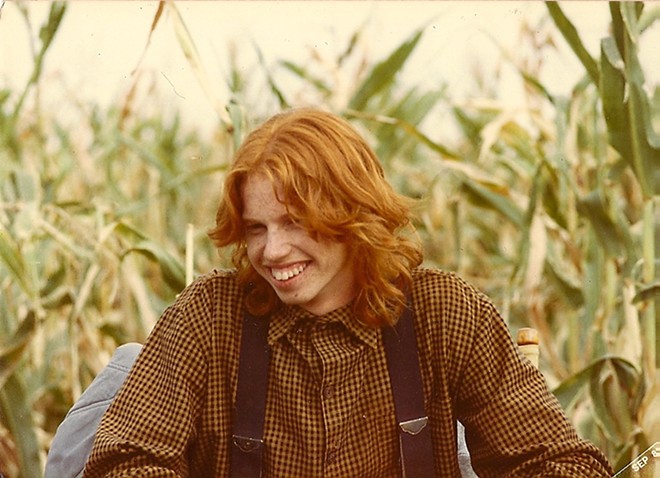 Courtesy Photo / New World Pictures
The 1984 horror flick Children of the Corn became actor Courtney Gains' calling card.
We’re only a couple of weeks from the first day of fall, so what better way to welcome the season than celebrating Halloween early?

On Saturday and Sunday, Sept. 10-11, actor Courtney Gains, best known for his roles in 1980s movies including Back to the Future, The ’Burbs and Children of the Corn, will be in San Antonio for the Southside Scarefest at Pica Pica Plaza, 910 SE Military Drive.

Gains made his acting debut in the 1984 cult horror classic Children of the Corn as Malachi, the creepy red-haired teenager devoted to a religious cult that slays the adults in the fictional agricultural town of Gatlin, Nebraska. The film is based on Stephen King’s 1977 short story of the same name.

During Southside Scarefest, Gains and fellow actor Eileen Dietz (The Exorcist) will participate in meet-and-greets with fans. Admission is free.

Last week, Gains jumped on the phone with the Current to talk about horror movies in the 1980s, unintentionally making kids cry on the street and how he defines “fuck you money.”

It was a pretty good year for horror movies in 1984. Children of the Corn, which is now a cult favorite, was release, but so was the horror classic A Nightmare on Elm Street and Gremlins. How do you remember your movie fitting into the horror movie landscape that year?

Horror was just horror. It wasn’t mainstream like it is now. If you did a horror film, it was considered a B-movie from the jump. I remember the critics panned me pretty badly. It was pretty crushing. But in hindsight, all these years later, [those critics] are probably not working anymore, and we’re here talking about Children of the Corn. So, I guess I did OK. 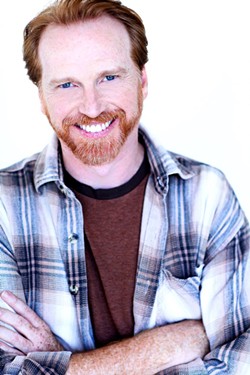 Has it been interesting for you to see how the horror genre has transformed over the past 40 years?

Yeah, I don’t think I would have ever predicted it would go as mainstream as it did. I mean, now you have stuff like The Walking Dead. Horror is on TV now. Who would have seen that coming? When I first got the job [on Children of the Corn], I was just a hungry young actor looking for a gig. I just wanted to do a good job. I had been studying acting for years and had seen a lot of people out of my class find success. I was really serious about my business. Then, I went on a great run in the '80s.

So, you wanted to be, like, the next John Lithgow?

(Laughs.) I wasn't thinking about being the next anybody. But Children of the Corn ended up being such a huge success, and I wasn’t prepared for it. Once the movie came out, I would be walking down the street and I would make kids go cry to their mothers. I had hesher '80s metal chicks on speed wanting to hook up with me. I wasn't ready for any of that. It was all crazy and overwhelming. As an actor, I knew the movie made a big impact.

I didn’t realize until recently that there are 11 Children of the Corn movies in the entire film franchise. Since so many films and TV shows from the '80s are making a comeback, such as The Karate Kid and Cobra Kai, I’m surprised no one has tried to do a proper remake or reboot.

[Cobra Kai] has been incredible. I'm so happy for Billy Zabka [Johnny Lawrence in The Karate Kid franchise]. I've always thought he was a good actor. He hadn't gotten a break in a while. Now, he finally has this vehicle where he can kick ass, and he's doing a great job. So, I'm really happy for him.

It took him a while to get back in the spotlight, but you’ve been working consistently on projects since you first started. What’s kept you in the game for so long?

I learned a lot from the older actors I worked with throughout my career. I was aware that if I was going to make a transition from a teen actor to an adult actor, I had to have the chops. You can't just get by with being cutesy. I had seen that with other teens who weren’t able to make the transition. Part of it was because once they started getting jobs, they stopped studying. I knew that if I was going to make the transition to adulthood, the competition was going to be harder. So, I never stopped studying.

And that’s led you to be able to hang with some heavy hitters over the years like Tom Hanks in The ’Burbs, Sean Penn in Colors and Reese Witherspoon in Sweet Home Alabama, just to name a few.

I don't know if I was able to hang with them, but I've always said that if this was boxing, you wouldn't want to get in the ring with me.

When has your career felt the most surreal to you?

So, now when a script comes across your desk, is there something specific you’re looking for? Or is everything an automatic "yes"?

Honestly, it all comes down to what I call “fuck you money.” Do I have enough money to say, “Fuck you,” or do I need the job to pay the bills? When I'm in a good financial position, I'm in a much better position to hold out for something. It just depends on where I'm at in my life and my mood. In the '90s, I consciously made a choice and played a lot of long-haired characters, and I worked for a decade doing that. Then, I got to the point where I was burned out on it. I didn’t want to play a crackhead. So, I just cut off all my hair and went in a different direction. Eventually, that led me to Sweet Home Alabama, which changed the whole trajectory of my career for another 10 years.

Along with Sweet Home Alabama, you starred with Patrick Dempsey (Grey's Anatomy) in the 1987 romantic comedy Can’t Buy Me Love. Over the years, did you ever think to yourself, “Why did he get the nickname McDreamy and not me?”

(Laughs.) No, I never did! He's grown into a pretty handsome man, hasn’t he? The funny thing is, the other actor who plays “McSteamy” (Eric Dane), I trained as an actor when he was a teenager, and I never thought he looked that handsome either.