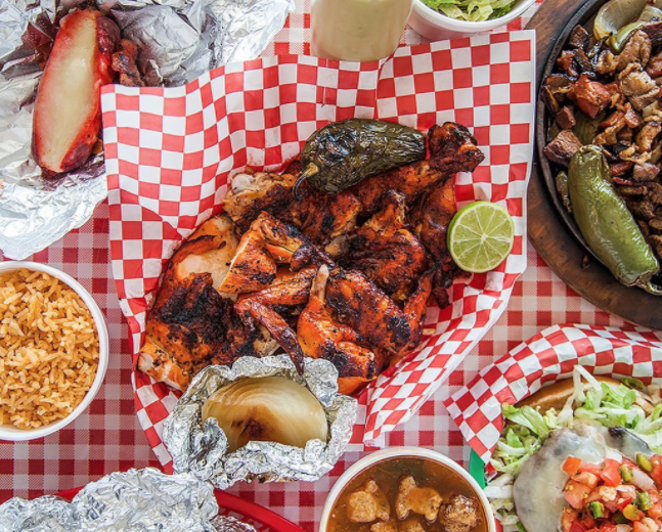 Photo via Instagram, jennrollins
The popular chicken eatery is closed — again. The restaurant posted a sign in Spanish that it would be closed for remodeling, but it turns out the closure was court-ordered to address smoke problems coming from the grill.

The sign indicates the restaurant would be closed from September 29 to October 29, though there hasn't been any update that the beloved Pollos Asados will actually reopen by Sunday.

The problem has been ongoing for the past two years. According to News 4 San Antonio, owner Frank Garcia previously raised smoke stacks and a device intended to filter out pollutants and cut down the amount of smoke.

His actions were prompted by complaints from neighbors and an August 2016 lawsuit from the Texas Commission on Environmental Quality (TCEQ), which stated the smoke is a "nuisance" and "traffic hazard." The commission also claims that Pollos Asados is violating the Texas Clean Air Act.

News 4 San Antonio reports that a trial is set for June 11 in the 126th Civil District Court in Travis County. As part of the legalities of the smoke problem, Pollos Asados can't reopen until state attorney or a judge gives the green light.