Owner Alex Amaro gave the Current an exclusive sneak peek of the downtown venue ahead of its Friday, Oct. 28 opening. Nina Rangel
Be Kind & Rewind will feature two full bars when it opens Friday, Oct. 28.
Lately, plenty of folks have been longing for simpler days. You know, back when the lifespan of our Tamagotchi and the rise of our jeans were our biggest concerns.

A forthcoming bar and arcade in downtown San Antonio has tapped into those nostalgic feels and is promising a totally tubular experience for those looking to set back the clock. 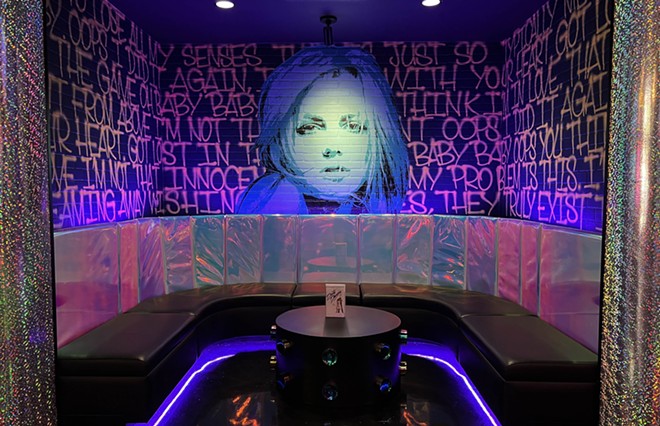 Nina Rangel
Be Kind & Rewind features several murals from local artist Colton Valentine.
Co-owner Alex Amaro invited the Current on an exclusive walkthrough of the downtown drinkery, explaining his vision and what he hopes the experience means for locals.

“I was born and raised [in San Antonio], and I’m just so happy to give people something fun and exciting and new to experience downtown,” Amaro said. "I know a lot of people have mixed feelings about coming downtown, but we built this for locals, by locals... ."

He added: "We really wanted to create a space where people can blend and mesh, regardless of race or gender ... we just want people to come together to have a good time. That’s what it’s all about.”

Be Kind & Rewind was slated to open this spring, but one step inside, and it's easy to see what took so damn long. Folks who frequented burger restaurant Fuddruckers, the space's former tenant, will hardly recognize the interior. 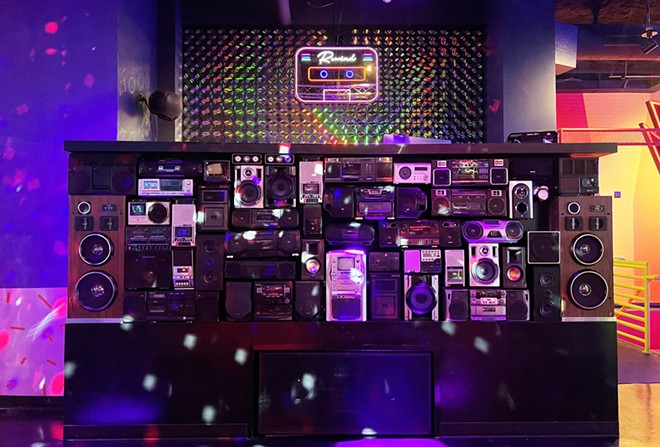 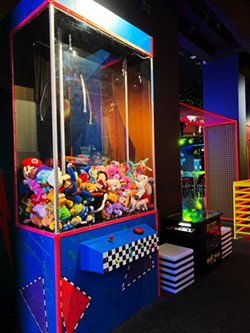 “We wanted it to be equal parts dance club and fun house. There are all of these different elements, and we just want to keep it exciting,” Amaro said. “All of the unique touches and surprises, the menus — we’re hoping it brings people back to these decades. Whether you were born in one of them or just love the iconography of the '80s or '90s, it’s here, waiting for you to experience it in a new way.”

Amaro, who spent years working with immersive-experience businesses such as escape rooms, used that understanding to build the concept.

In addition to the staggering amount of detail in the decor, Be Kind & Rewind will feature themed nights, karaoke and seasonal pop-ups. Upon opening, the club will host local DJs Chacho and Acid Wash on '80s-focused Fridays and '90s-'00s Saturdays. Rebel Yell karaoke with KJ Magic Mark will take place Sundays. 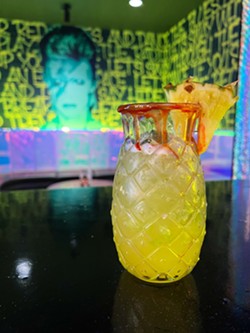 Nina Rangel
Be Kind & Rewind will sling a menu of '80s, '90s and Y2K-inspired cocktails.
Be Kind & Rewind will use the kitchen left behind by Fuddruckers to offer an assortment of bar eats, ranging from a fried mozzarella stick the size of a forearm to more conventional offerings like pepperoni pizza and cheeseburger sliders.

The full bar will sling a menu of signature cocktails including a libation dubbed Weird Science, which uses dry ice for a theatrical flair.

A smaller bar set back from the dance floor will boast a Miami Vice-inspired aesthetic and a reggaeton-forward playlist. That one will focus on frozen drinks.

Be Kind & Rewind will be open until 2 a.m. daily with the kitchen serving until midnight. The venue will welcome all ages until 7 p.m., at which point it will transition to 21 and up.

Service industry workers will receive a 20% discount at the new bar. Guests can park in nearby garages or on the street near the Shops at Rivercenter and enter from either Alamo Plaza or Losoya streets, according to Amaro.