Texas Prison Food Has Gone From Bad to Worse During COVID Pandemic, According to Inmates 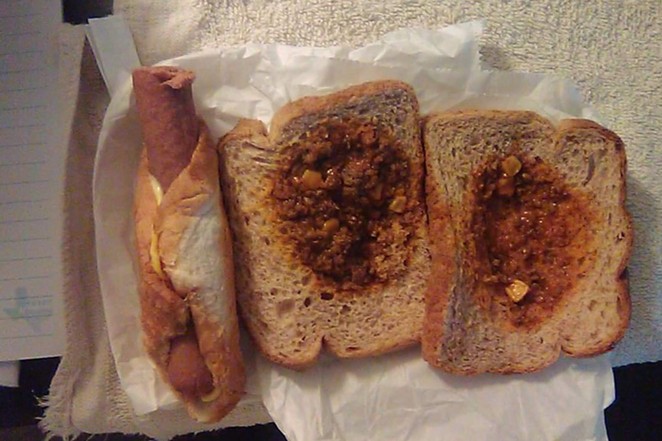 The Marshall Project
In 2011, officials tried to make up a budget shortage by removing $2.8 million from the amount allotted for meals, replacing buns with slices of bread.
Prison food has always been famously sub-par, but since COVID-19 lockdowns began in early April, Texas inmates have been writing to The Marshall Project to voice concerns about worsening dietary conditions.

The Marshall Project is a nonprofit news organization that focuses on reporting on the state of the justice system, including inmate mental health, immigration, politics and reform.

Currently, if an inmate tests positive for COVID-19, the entire prison is placed on lockdown for at least two weeks, rendering cafeteria use impossible. During lockdown, cafeteria meals are replaced with bagged lunches known as “johnny sacks,” which, according to accounts sent to Marshall, tend to be less than nutritionally sound and can arrive at any hour of the day.

“Prisoners on locked-down units say their weird food has been arriving at weird times,” Marshall reports. “One prisoner told his mother he’d received breakfast — two boiled eggs and a peanut butter sandwich — at 3 a.m. His next packet of sandwiches didn’t arrive until 4 p.m.” 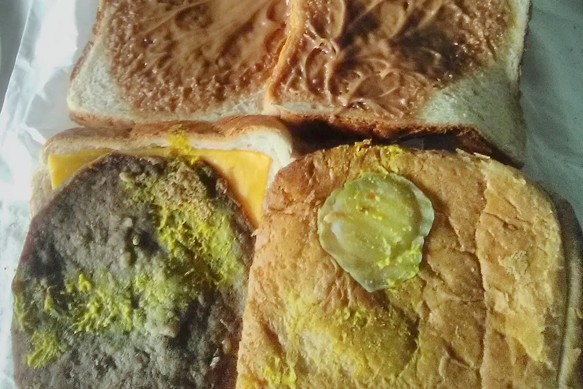 The Marshall Project
A hamburger and peanut butter sandwich provided in a Texas prison "Johnny sack."
Among the photos inmates have shared are hot dogs wrapped in squashed, flaccid slices of white bread, strangely gray hamburger patties and sloppy joes filled with corn kernels. No fruit or fresh vegetables are in sight in photos of these "johnnies."

“The nutrition is far from adequate, especially for COVID-positive inmates," an inmate wrote his fiancée. "You would think we would at least be given vegetables and hearty protein, something with a vitamin content.”