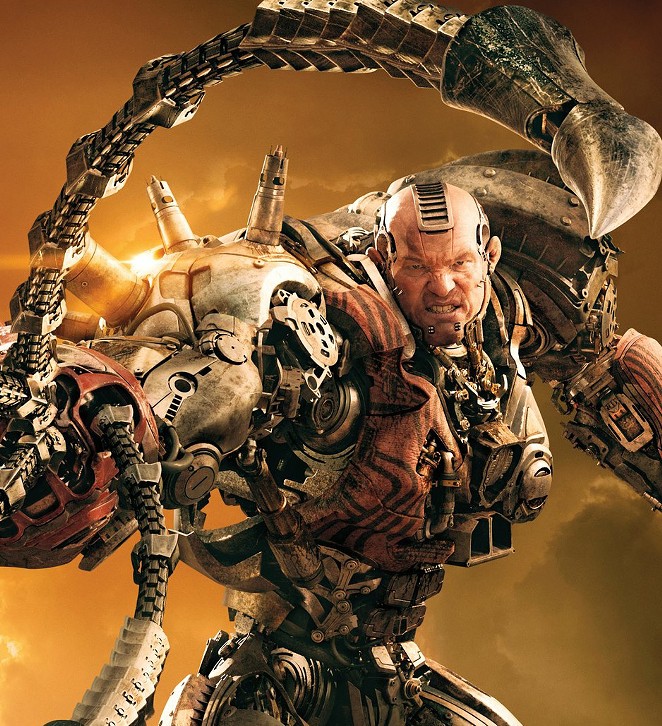 As someone who has been in the film industry for more than 30 years, San Antonio resident Jackie Earle Haley thought he had done everything he could possibly do in Hollywood. From starring in the Academy Award-nominated 1979 film Breaking Away to portraying a DC Comics vigilante in 2009’s Watchmen to earning his own Oscar nomination for his supporting role in the 2006 drama Little Children, Haley was content with the way his career was panning out.

But at the age of 57, breaking new ground for him was far from over. When filmmaker and San Antonio native Robert Rodriguez (Sin City) came calling, Haley jumped at the opportunity to add something new to his resume — motion-capture actor. In Rodriguez’s new film Alita: Battle Angel, which is based on Japanese manga, Haley plays Grewishka, a colossal cyborg dead set on destroying the titular teenage cyborg Alita (Rosa Salazar), who is searching for her place in a post-apocalyptic world.

The Current caught up with Haley recently to talk about what it was like to perform with motion-capture special effects and his first experience working with Rodriguez at Austin’s Troublemaker Studios.

What was your initial reaction when you saw what your character was going to look like?
I thought the whole concept was great. For me to get to play a nine-foot-tall cyborg was an interesting experience. I think the character looks pretty cool!

Some people say you’re unrecognizable in the role, but I saw little hints of you in the character’s face.
Yeah, I think it’s just the nature of playing a character who is computer-generated. They can choose to make it look a lot like you or a tad like you or nothing like you at all. To me, it was more about playing this character and doing the performance while wearing the motion-capture suit, which includes a helmet that records every nuance and expression in your face. It creates a performance that’s a combination of what I was doing and what the digital guys were doing.

You’ve been in the film industry for a long time. It must feel surreal as an actor to work on a project that allows you to do something you’ve never done before.
It was completely different to anything I had ever experienced. At my age, I felt like I had seen and done everything with regard to motion pictures. To find myself on a set where you’re in a digital world, it was like I was on the set of Avatar. It was an absolute trip. Rosa and I would crack up because we would be in our data suits and helmets and we’d be standing in front of the monitor and we’d start dancing. There would be this big nine-foot-tall, scary cyborg and this cute, little girl cyborg dancing around. It was mind-blowing. 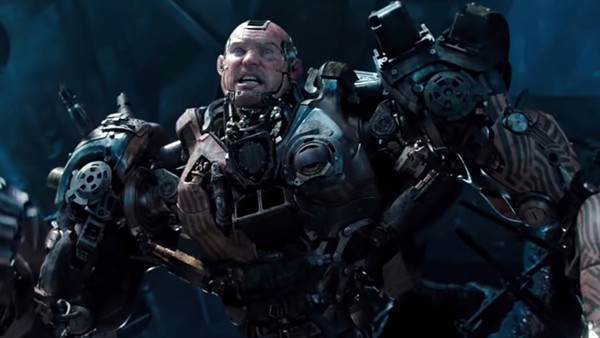 Did you research your character from the original manga stories or did you want to give your own interpretation of him?
There was enough information about him just with the screenplay and spending some time with Robert. He really informed me on the character. I didn’t feel like it was necessary to do a deep dive into the manga. I was just excited that [producer] James Cameron had his full weight behind it. Also, Robert and I had been wanting to work on something together for a long time.

Was working with Robert at his studio what you expected?
I wasn’t sure what to expect. I think every film creates a new set of challenges. I think my experience with Robert was seeing this guy who was cool, calm, collected and completely prepped and ready for everything that was thrown at him. The atmosphere itself was something he created — something that was relaxing for everyone. That doesn’t mean there wasn’t some filmmaking going on. I just think he’s a pretty laid-back guy who knows what he wants. He created a really warm and fun vibe on the set.

Did you pick up anything from him since you want to do more directing yourself?
You know, his passion for filmmaking is infectious, especially for someone like me who loves directing. I wish I was doing more of it. He was aware that I had made a film (2015’s Criminal Activities). There would be some downtime and he would open his computer up and show me stuff that he had shot a while back. One time, he showed me footage that he shot with his kids at his studio over the weekend and then went back to his house and edited it. Here he is, in the middle of shooting a movie and he takes the time to shoot a short, little film on a Saturday with his kids. That’s how amazing the guy is. For him, it’s just second nature.