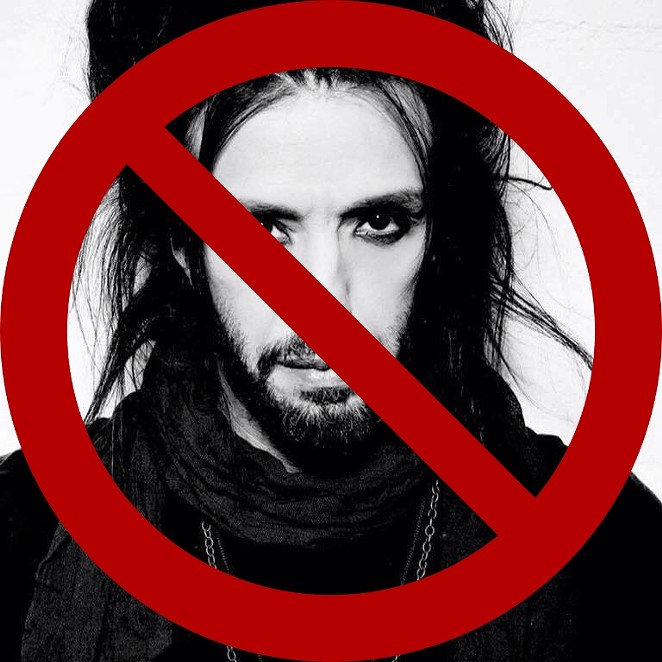 
Marilyn Manson has fired friend and bassist Jeordie White, who is better known as Twiggy Ramirez, from his upcoming tour.


This decision comes about a week after the bassist's ex-girlfriend Jessicka Addams, of the riot grrrl band Jack Off Jill, shared the details of her abusive relationship with White, who she accused of raping her.


A day after the accusation, Manson responded to the news in a statement, “I knew Jessicka and Jeordie had a romantic relationship many years ago and I considered and still consider Jessicka to be a friend," he said, according to Pitchfork. "I knew nothing about these allegations until very recently and am saddened by Jessicka's obvious distress."


White, who has also played with A Perfect Circle and Nine Inch Nails, has yet to give any statement, but Manson posted on his Twitter on Tuesday that he and White would be parting ways: 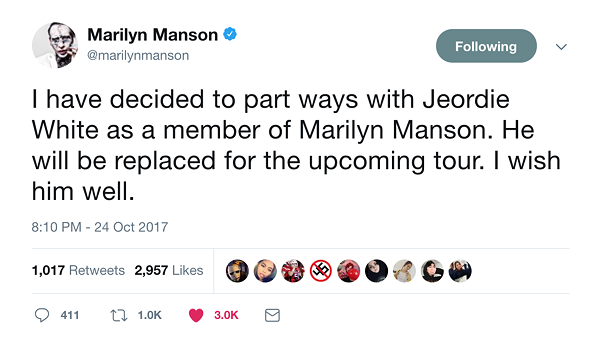 Manson & friends are scheduled to play the Aztec Theatre next year, with no word yet on who will be replacing White on bass.