Pickin’ for a Purpose

Around 11:15 p.m. on New Year's Eve of last year, while most of us were surrounded by loved ones, enjoying a spirit or two, shooting off fireworks and toasting the growing pains of another year, Ernesto Vasquez was involved in a hit-and-run accident that left him in a medically induced coma. Vasquez, a San Antonio Police Department officer who was off-duty at the time, was struck by a red SUV that eyewitnesses claim his wife, Diana Marileen Lopez, was driving, according to the San Antonio Express-News. Vasquez is still receiving treatment at a local rehabilitation center.

Lopez was later arrested in Laredo and charged with failure to stop and render aid, a third-degree felony. She currently awaits trial. What matters at this point, however, is the future of Vasquez's children, ages 5, 7, 9 and 16, who are currently in the custody of their biological mother in California and facing not only a future with no father but the financial perils that one income for a five-person household entail.

Although this story is one with few, if any, upsides, Vasquez's sister Judi, a San Antonio resident, has organized a benefit for Vasquez's four children that will feature some of the region's biggest talents in country, blues, soul, Tex-Mex and rock 'n' roll. Included on the bill will be Tejano star Patsy Torres; Sir Douglas Quintet organist and Texas Tornado Augie Meyers; the swinging Bobby Flores & the Yellow Rose Band; rockabilly honky tonkers Two Tons of Steel; classic country band The Lone Star Pickerz; and more. 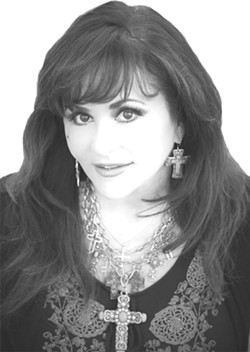 The concert, which will only cost $10 and is free for children under 12 with all of the proceeds going to aid in Vasquez's medical expenses and the remaining contributions placed in a trust fund for the kids, will also feature several thousand dollars in items up for bid at a silent auction, including nearly $500 in Yeti merchandise and $500 in upcoming Tobin Center concert tickets.

This is an unfortunate, but excellent, opportunity to catch some of the region's legendary acts under one roof — for a steal. Of course, as every dollar earned is going to the kids and Vasquez's hospital bills, donations are greatly encouraged and appreciated. [email protected]