San Anto Throwback Thursday: Royal Jesters' 'I Want You Around' 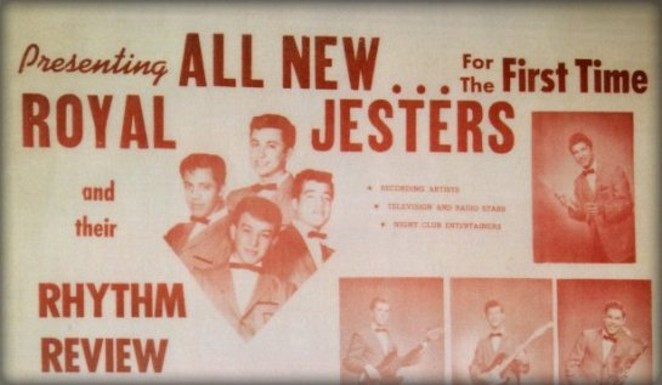 via American Sabor
We're psyched to introduce our new weekly series, riding coattails on a hashtag trend and throwing back to San Antonio's rich musical history. Let's tip off with the Royal Jesters, a San Antonio soul band founded by Oscar Lawson and Henry Hernández. Inspired by the doo-wop and sock hop music of the '50s, the pair formed the Royal Jesters while at Lanier High School, helping to establish San Antonio's renowned West Side Sound — an R&B/soul crossover with Chicano flair.

"I Want You Around" finds the Royal Jesters in 1965, a few years into their South Texas career. Pressed on their own label, Jester Records, Lawson, Hernández and Louie Escalante sing the amorous hook, popping around it with tightly-wound harmonies. And on organ, helping to provide the West Side character, it's Luvine Elias, Jr., a keyboardist still gigging in SA today.