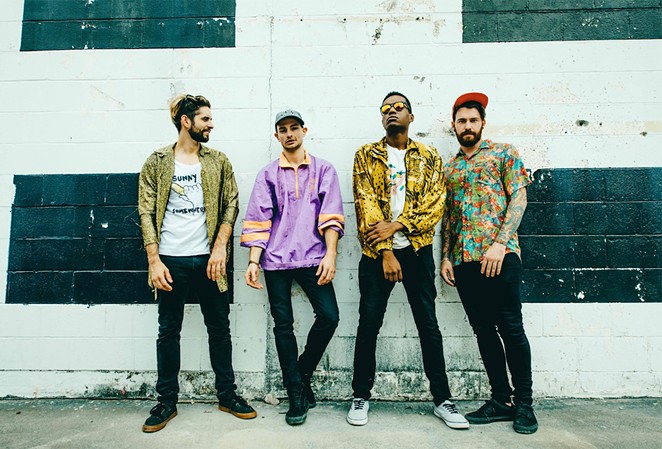 Jody Dominigue
With well-written, soulful and eclectic tracks, and influences such as Kings of Leon and Phoenix, Swimming with Bears is an optimistic outfit that’s brimming with indie ambition.

Inching out of Austin’s sprawl, the rock band managed to recruit Blue October’s Matt Noveskey to produce their debut album Paws. Shifting moods between the playfulness of Two Door Cinema Club and the twangy tendencies of Mumford and Sons, Swimming with Bears harbors the promise of mainstream success on many fronts.