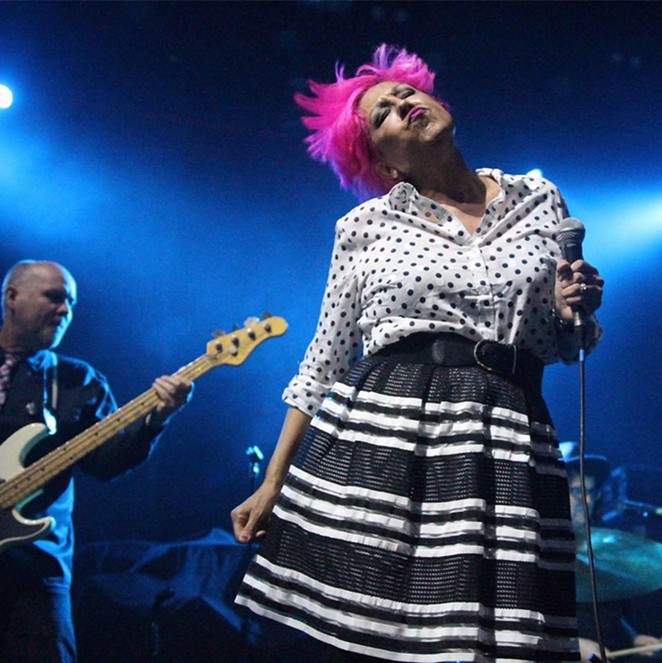 If you’re at all familiar with groups like Bad Brains, Minor Threat, Black Flag and other bands that were at the forefront of the hardcore punk scene, you'll get why Alicia Armendariz's faster and more aggressive punk songs were a major influence to the genre.


Her band The Bags, formed in the late 1970s, was not only important for its contribution to punk rock, but also because Alice Bag, as she's more commonly known, served as an early punk frontwoman. In fact, as she told Huck Magazine once, Bag saw the early punk scene as a more inclusive one:

"Punk was inclusive, outspoken, innovative and often outrageous. The early LA punk scene, in particular, was diversely populated and reflected the many ethnicities that made up Los Angeles. It was a community where people of every class, race and gender felt at home."

Though the band split in the early '80s, Alice Bag has continued to pursue music and remained active as an author, activist and English teacher working in inner-city Los Angeles. Earlier this year she released the single “Reign of Fear” and on June, 15 will perform in San Antonio at The Bang Bang Bar alongside local riot grrrls Fea.


In large part thanks to Alice Bag, bands like G.L.O.S.S., Against Me! and SA's Amygdala are able to follow in the singer's footsteps and reclaim the punk scene as a community that should be inclusive for all who feel compelled to find a home within it.