8 Videos and Photos of the Rivercenter Mall Parking Garage Fire 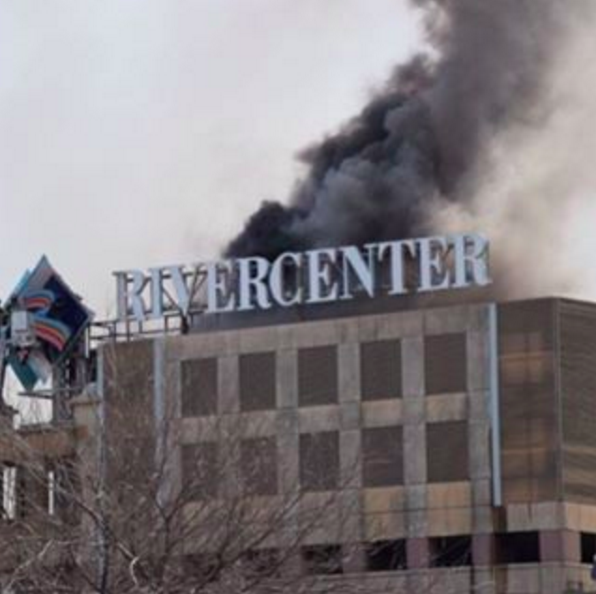 Via Instagram (mexicantrill)
Smoke drifts over Rivercenter Mall.
Monday was a big moment for the fire emoji in San Antonio.

An early afternoon fire at the parking garage at Rivercenter Mall sent dozens of firefighters Downtown to fight the blaze. The fire started after sparks from a demolition crew's welding torch ignited pieces of dry wood atop the garage, according to San Antonio Fire Department Charles Hood. The crew was removing a cooling unit when the fire started.

The fire sent massive clouds of dark smoke billowing through Downtown, but it was under control by 3 p.m. Firefighters used over a thousand gallons of water to tame it. The sole injury caused by the fire was a case of smoke inhalation.

Here are eight photos and videos of the fire that were posted to social media:


A better close up pic.twitter.com/Ninvs0mVWM