A Bunch Of Attorneys Think Ken Paxton Should Be Disbarred 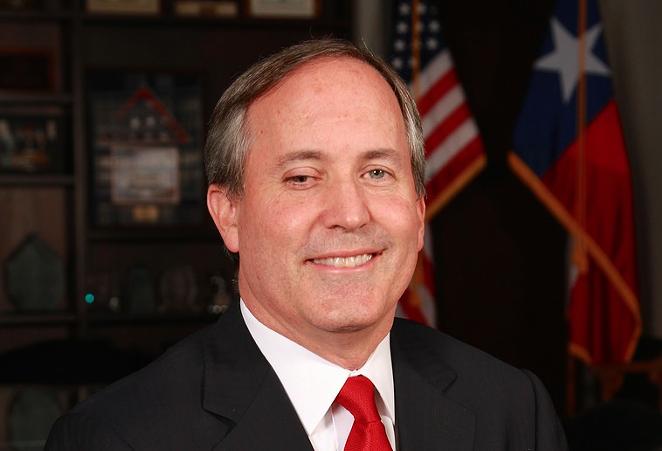 After the Supreme Court shocked unreasonable people across the United States by ruling that states cannot discriminate against same-sex couples who want to get married, Texas' beloved Paxton gave the green light to discriminate.

Paxton, who, remember, is under investigation for allegedly violating state securities laws, used his office after the ruling to tell county clerks that they don't have to play ball with the federal government if it violates their religious beliefs.

So if they don't want to issue a marriage license to a same-sex couple, they don't have to.

This happened just days after the ruling in what may be the quickest request for an opinion any Attorney General in Texas has ever issued.

However, Paxton noted that any clerks choosing to defend their religious liberties would probably face litigation.

Well, last Friday, a group of nearly 150 attorneys signed a letter threatening to file a complaint with the Texas State Bar Association, the Texas Tribune reported.

Former director of the State Bar, Steve Fischer, told the Tribune that if Paxton doesn't remind county clerks that the Supreme Court is the highest court in the nation and its ruling is the law of the lands, the complaint will be filed.

“I think he could very easily be disbarred,” Fischer told the Tribune. “He violated his oath to specifically uphold the United States Constitution.”

Then there's Glen Maxey, the Lone Star State's first openly gay man to serve in the Texas Legislature, who also filed a complaint with the State Bar.

Maxey alleges Paxton's nonbinding legal opinion is a violation of the ethical duties of an attorney under the Texas Disciplinary Rules of Professional Conduct.

In another blow to the badge, Paxton hired people from his campaign and wherever else he digs his cronies up before they submitted applications and before posting the jobs publicly, the Austin American-Statesman reports.

It's beginning to sound like Paxton isn't here to serve or protect.