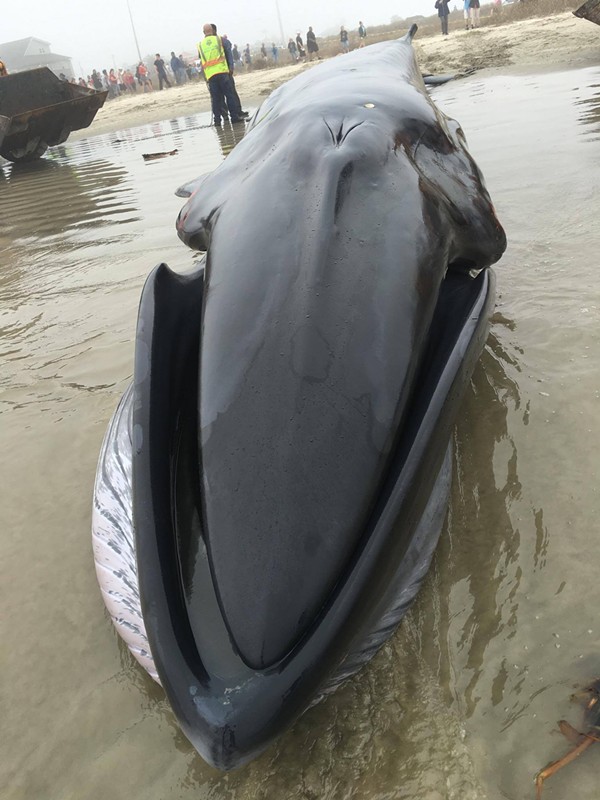 "This species does not typically inhabit nearshore waters in the Gulf of Mexico and its presence on the beach indicated its health was compromised. The whale passed on its own, but had it not died of natural causes it would have been humanely euthanized," the Texas Marine Mammal Stranding Network said on Facebook.

Experts are conducting a necropsy on the animal today to figure out how it died.

Sei whales are found in subpolar, temperate and subtropical waters around the world, but prefer the mid-latitudes in the Atlantic, Indian and Pacific Oceans, according to the National Oceanic and Atmospheric Administration Fisheries Office of Protected Resources.

The whales were once numerous, but were over-hunted during the 19th and 20th centuries with an estimated 300,000 being killed. Today, there are approximately 80,000 Sei whales roaming the ocean.

The species made headlines in November, when in an extremely rare occurrence, scientists observed 337 dead and decaying Sei whales from the air during an observation flight over a remote area in Chile's Patagonia.