The largely symbolic resolution recommends that city funds not be used to pay for investigations intended to enforce state anti-abortion laws. 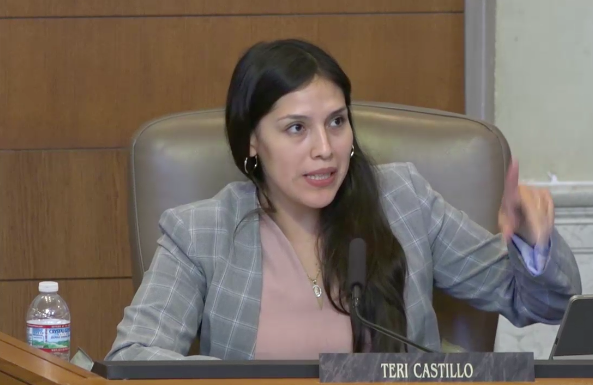 
The adopted resolution doesn't legalize or decriminalize abortion in San Antonio. However, it does offer guidance that city funds shouldn't be used to collect or share information on abortions to be passed on to other government entities pursuing criminal investigations. Even so, the measure includes an exception for instances in which local officials are "clearly required" to do so by state and federal law.

Council was largely expected to approve the resolution, championed by District 5 Councilwoman Teri Castillo. It was modeled after the “GRACE Act,” short for “Guarding the Right to Abortion Care for Everyone,” which Austin's council passed late last month.

"I want to open by reiterating that abortion is and will never stop being healthcare," Castillo said ahead of the vote. "Everyone deserves access to a safe abortion and other reproductive healthcare. San Antonio has a history and identity for fighting back against injustice."


Abortion-rights proponents have raised concerns that in a post-Roe world people who help others obtain abortion access in states where the procedure is legal could be targeted by Texas lawmakers. They also warn that women who seek abortions could have their privacy rights violated by state enforcement actions.

Castillo accused Pelaez of "mansplaining" the fallout of Austin's vote and urged him to use passage of the San Antonio ordinance to advocate for women during the next session of the Republican-controlled Texas Legislature.

Emotions ran high during public comment before the vote. Several times, Nirenberg urged people to stop cheering and heckling during the process so speakers could hear their names called.

Multiple supporters of the resolution shared their own abortion stories, expressing concern that a lack of women's healthcare will increase risks for the poor and people of color. A few urged council to give the measure more teeth by including language making abortion prosecutions the lowest priority for San Antonio police.

"This attack is not only on abortion but on bodily autonomy and women's medical care," speaker Antonia Taylor said of the need for the council resolution.

Most most people speaking against proposal argued that the procedure can harm women and families. However, some wielded more divisive language, with one labeling the proposal's supporters, "Marxist, homofasists and feminists" and another invoking the damnation and hellfire verbiage of a TV preacher.

"You can't get your kicks on Route 666," he said of council's likely support of the resolution.