Kendall Lauren Batchelor, 23, is accused of driving the wrong way down State Highway 46 while intoxicated, resulting in a fatal collision. 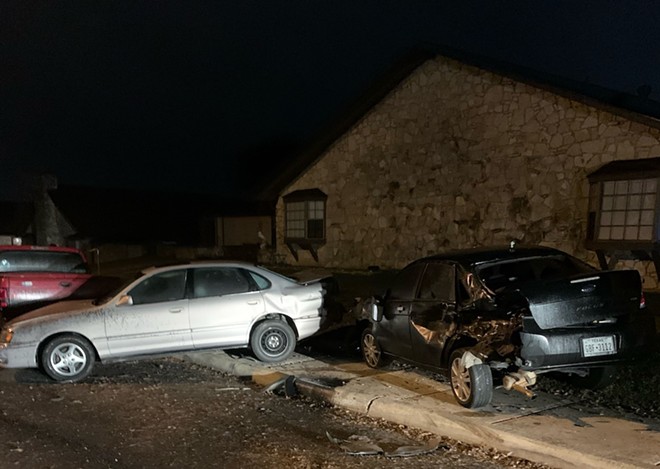 Kendall Lauren Batchelor, 23, is accused of driving the wrong way down State Highway 46 outside of Boerne on June 2 when her Ford F-150 struck a sedan driven by 49-year-old David Belter, killing him.
Batchelor was taken to San Antonio’s University Hospital, where her blood alcohol level registered .116 – more than double the legal driving limit, according to the Boerne Star. In a urine sample, Bachelor also tested positive for cannabinoids, opiates, and amphetamines, the paper also reports.

Batchelor was initially booked into the Bexar County Jail via proxy from her hospital bed in June. She was transferred to jail upon her medical release, the Star reports. Although the judge’s warrant was marked “no bond,” a Bexar County magistrate judge released Batchelor on $120,000 bail, according to the paper.

She was arrested two weeks after being mistakenly released on bond after missing six testing windows from Jun. 21-22 for an in-home breathalyzer system, the Star also reports.


Batchelor was indicted on an intoxication manslaughter charge in Kendall County on Aug. 16, according to KSAT. Her trial is now set to start Mar. 27, pending a pretrial hearing  on Mar. 10.

The June incident isn't the first time Batchelor has had run-ins with the law.

As previously reported by the Current, Boerne police accused Batchelor of hitting two parked cars outside an apartment complex in that Hill Country town and fleeing the scene in December 2021. Although the initial paperwork filed by Boerne officer Amy Breedlove recommended DWI charges be filed against Batchelor, according to police reports, those charges never came to fruition.

In 2018, Batchelor, who was 18 at the time, was also charged with a DWI in Kendall County, according to court records obtained by the Current. Those charges came less than a month after the then-teenager was charged with possessing alcohol while underage in Brazos County.

Batchelor later pleaded guilty to the 2018 DWI charge. She was ordered to pay a $500 fine and was sentenced to nine months of supervised release.