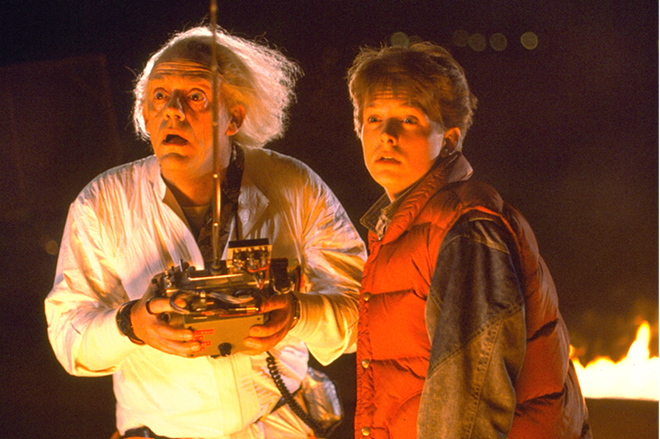 Universal Pictures Home Entertainment
San Antonio is going "Back to the Future" as previously defunct DeLorean Motor Company plans to locate its headquarters here.
Once-defunct DeLorean Motor Co., known for the DMC-12 coupe featured in the '80s film franchise Back to the Future, is back and planning to build electric vehicles in San Antonio, according to local economic development officials.

The innovative company was the pipe dream of GMC engineer John DeLorean, who founded it in 1975. Though DeLorean hoped his futuristic designs would change the industry, DMC-12s were plagued with electrical issues, incorrect wheel alignments and leaking doors, ultimately leading to the automaker's 1985 bankruptcy.

The reincarnated DeLorean Motor Co. will locate its new headquarters at Port San Antonio, conceived of as the Alamo City’s magnet for high-tech businesses, according to local officials. The company wants to bring 450 high-paying jobs to the city and partner with the University of Texas at San Antonio, Trinity University and Texas State University to fill the positions.

Though DeLorean Motor Co. was reestablished in Humble, Texas, in 1995, the company has primarily focussed on servicing the 6,000 DeLorean vehicles still in circulation.

The company's electric car concept — featured during a Super Bowl commercial on Sunday — will be the first car it's produced since the 1980s. Still, business has yet to unveil timeline for when it expects to roll new cars off the assembly line.