The filing alleges Cruz may have violated a federal ban on lawmakers taking gifts from lobbyists by accepting free production and marketing for his podcast.

Wikimedia Commons / Gage Skidmore
The Campaign Legal Center argues that the Texas Republican's recently unveiled deal with iHeartRadio is an "unprecedented national syndication agreement for a sitting member of Congress."
U.S. Sen. Ted Cruz may have violated a federal ban on lawmakers taking gifts from lobbyists when he agreed to take free production and marketing services from San Antonio-based iHeartMedia for his podcast, a government watchdog alleges.

In a filing Wednesday with the Senate Select Committee on Ethics, the Campaign Legal Center argues that the Texas Republican's recently unveiled deal with iHeartRadio to carry his Verdict with Ted Cruz podcast on 850 radio stations is an "unprecedented national syndication agreement for a sitting member of Congress."

Cruz's pact with the nation's largest radio-station holding company also would expand the number of episodes for his podcast from one to three weekly and provide him with a new co-host.

Last month, when discussing the deal, outgoing co-host Michael Knowles bragged to right-wing media platform the Daily Caller that Cruz's new partner would “fund production, dump a whole bunch of money into marketing” and “make this show sustainable . . . for the next years.”

iHeart offered up those services to Cruz even though it's been registered as a lobbyist since 2003, the Campaign Legal Center said in its filing. In 2021, the radio company spent $4.6 million on lobbying efforts. So far this year, it's reported $3.4 million in lobbying expenditures, according to the complaint.

What's more, the watchdog group alleges that iHeart’s lobbying efforts have targeted the Committee on Commerce, Science, and Transportation, on which Cruz sits. In federal filings the, company reported lobbying on at least two bills now before the committee.

“It’s no surprise Democrats and their allies in the corrupt corporate media take issue with Sen. Cruz’s chart-topping podcast — it allows him to circumvent the media gatekeepers and speak directly to the American people about what is really happening in Washington," Cruz's office said in an emailed statement. "Sen. Cruz receives no financial benefit from Verdict. There is no difference between Sen. Cruz appearing on a network television show, a cable news show or a podcast airing on iHeartMedia.”

iHeartMedia officials weren't available for immediate comment on the complaint.

Campaign Legal Center's filing comes as iHeartMedia agreed to pony up $400,000 as part of a court judgment to resolve Federal Trade Commission allegations that it deceptively advertised a Google phone on its stations, the Express-News reports.

The radio behemoth agreed to the judgment as Attorney General Ken Paxton filed a lawsuit against it Monday in state District Court in San Antonio, according to the daily. The suit argues that iHeartRadio on-air personalities gave first-person endorsements for Google's Pixel 4 phone without having used it. 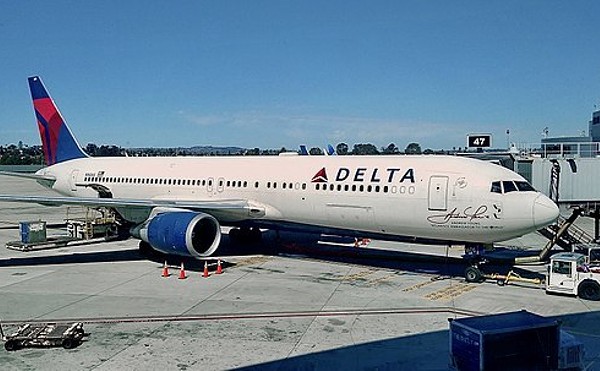