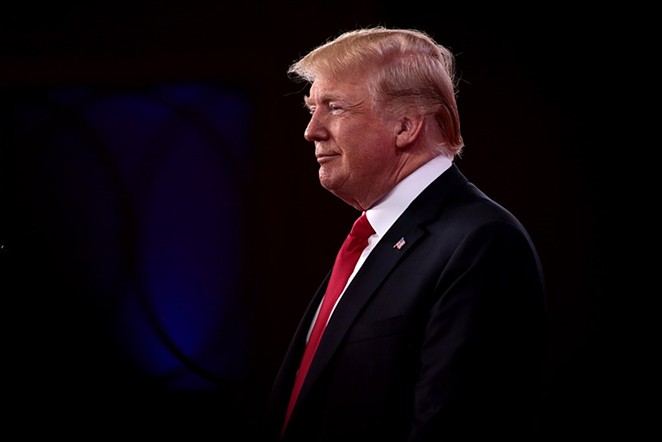 Gage Skidmore / Wikimedia Commons / Christina Morillo
Immigrant-rights groups have sued the Trump administration to block its new rule aimed at all but eliminating the ability of Central Americans fleeing persecution to ask for asylum at the U.S.-Mexico border.

The plaintiffs — represented by the ACLU — filed in a San Francisco federal court for an injunction halting the new rule. The change was unveiled Monday as part of the administration's hardline immigration policy.

The Trump administration wants to deny protection to all migrants who fail to apply for asylum in at least one country they pass through on their way to the United States. According to legal experts, that barrier would essentially lock out any asylum seekers who are not from Mexico or who have not arrived by sea.

“It is obvious and well understood that asylum seekers often pass through third countries on their way to seeking refuge in the United States,” according to the ALCU's petition. “Accordingly, in crafting the statutory provisions governing asylum, Congress took care to ensure that noncitizens within our country or at the border would be able to seek asylum even if they transited through another country to reach the United States.”

A federal court in November blocked a previous attempt by the administration to impose similarly restrictive asylum rules, suggesting the current asylum ban is also unlikely to withstand legal scrutiny.