The heightened interest in surgical contraception is in line with national trends. 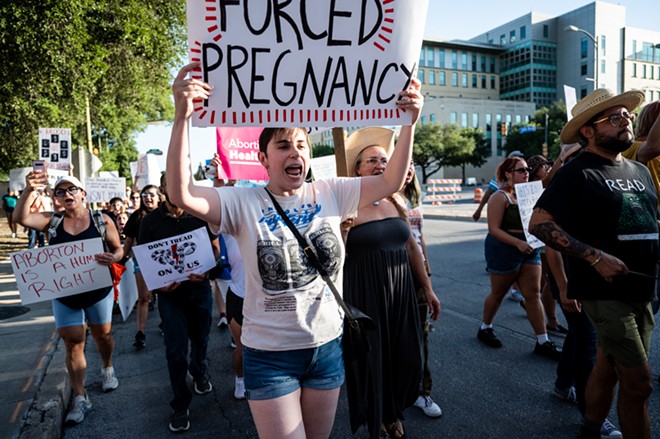 Jaime Monzon
A Urology clinic in Austin received 400 calls on the Friday that the Supreme Court overturned Roe v. Wade.
In light of the Supreme Court's decision to overturn Roe v. Wade, more men in South and Central Texas are signing up to get vasectomies, according to media reports.

The Urology San Antonio Professional Association has documented a "significant increase" in vasectomy appointments, according to the Express-News. However, the organization couldn't confirm whether June's court ruling prompted the jump in demand for the procedure, which cuts off the supply of sperm to a man's semen.

The Alamo City's heightened interest in surgical contraception appears to echo what's being seen in Austin. Dr. Koushik Shaw, founder of the Austin Urology Institute, told Austin TV station KXAN that his office received "over 400 phone calls" on the Friday of the Supreme Court ruling. Nearly a quarter of those calls were made within the hour the verdict was announced, KXAN reports.

Urologists across the country also reported higher than usual volumes of calls about the procedure, the Washington Post reports.

A vasectomy usually takes about 20 minutes to perform and typically runs about $900 in San Antonio, according to the Express-News, which notes that the procedure may be covered by specific insurance plans.

Vasectomies can be reversed, but the success often depends on the amount of time that's passed since the initial operation, according to medical experts.