The two hotels will operate from the converted Riverview Towers at Houston and Commerce streets. 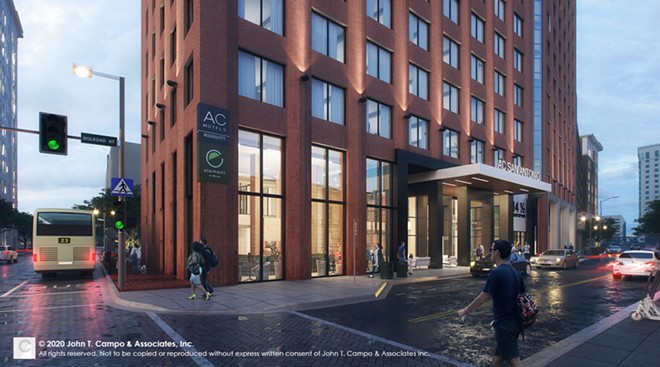 Courtesy Photo / Winston Hotels
Downtown's new AC by Marriott will open Oct. 6, while an Element by Westin hotel in the same converted office complex is scheduled to make its debut later this year.
Downtown San Antonio will gain yet another major luxury hotel with the Thursday, Oct. 6 opening of a new AC by Marriott property. An Element by Westin is set to open later this year in the same converted structure.

The two brands will operate from the former Riverview Towers at Houston and Commerce streets. Developer Winston Hotels undertook $100 million in renovations to the former office complex to transform it into a 300,000 hotel property bearing two flags.

The upgrades include a first-floor lobby featuring a full-service bar, a rooftop bar and lounge, 4,000 square feet of meeting and event space and an 1,800-square-foot fitness center. 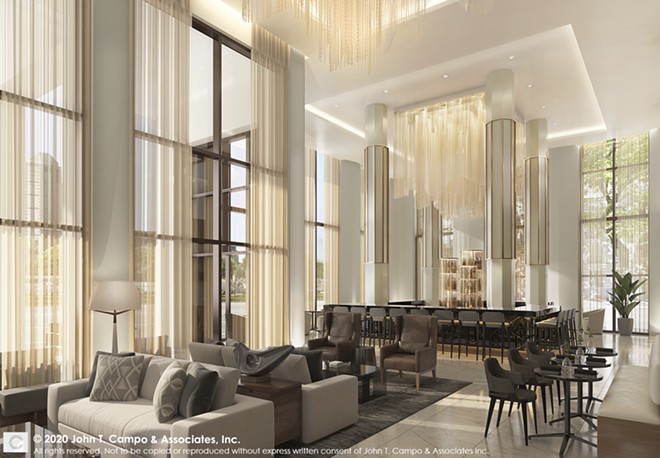 The AC by Marriott amenities will be available with the Oct. 6 grand opening, while Element by Westin and a 14th-floor rooftop bar called 1 Watson are slated to open later this year.

The new accommodations at 111 Soledad St. are expected to bring 150 jobs to the area.

Nina uses nearly 20 years of experience in the foodservice industry to tell the stories of movers and shakers in the food scene in San Antonio. Her unique culinary background, both in the front and back of the house, supports genuine relationships with food and drink professionals, garnering honest and insightful...
More
Scroll to read more San Antonio News articles
Join the San Antonio Current Press Club