Built in 1924, the former Medical Arts Building once housed 50 hospital beds and featured a psychiatric ward. 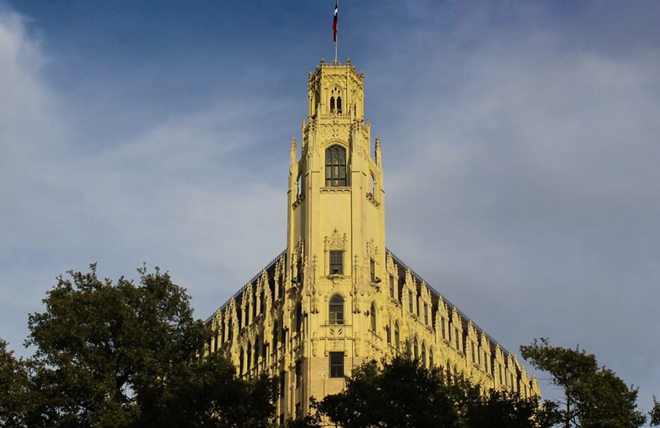 Just in time for spooky season, online booking service Hotels.com named the historic property across the alley from the Alamo as the No. 4 most haunted U.S. hotel and the best place to stay for fans of “demonic” horror films, the online news site reports.

Built-in 1924, the Gothic-style building served as the city’s Medical Arts Building until 1976, housing 50 hospital beds complete with a psychiatric ward and a morgue. Adding to the creep factor, 600 men lost their lives on the property's grounds during the battle of the Alamo, according to the Express-News.

Although some hotels might avoid admitting that their guest rooms are haunted, the Hilton-owned hotel embraces it, even offering a ghost-focused package for couples during October.

Although the Emily Morgan was the only Alamo City hotel to make Hotel.com’s list, it’s not the only haunted hotel in San Antonio. The Menger Hotel, also located steps from the Alamo, has long been said to be a spot of paranormal activity and was ranked as the No. 4 most haunted spot in Texas by Yelp in 2021.