Study ranks Texas as one of the fattest states in America, and San Antonio helps tip the scale 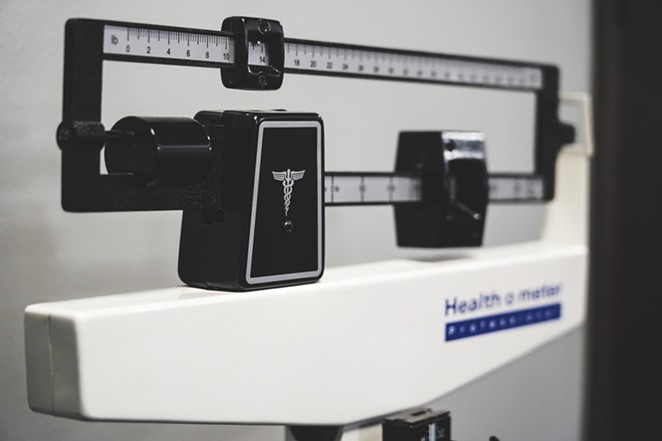 Samuel Ramos/ Unsplash
Americans are some of the fattest people in the world, statistics show. And a new study suggests we've also got a supersized weight problem in Texas and San Antonio.

The country's obesity-related health issues have risen drastically over the past few decades. Indeed, the most recent data shows more than seven in 10 U.S. adults are either overweight or obese, according to the Center for Disease Control and Prevention.

Now, a new study from WalletHub ranks the Lone Star State as one of the 20 fattest states in the country.

Texas came in at No. 15 in the study, which used metrics such as the prevalence of people considered overweight or obese, weight-related health consequences and the availability of fitness and certain types of food to rank the states from fattest to fittest.

A separate study WalletHub conducted this spring showed the Alamo City ranked as the No. 21 fattest city in America, surpassing the Houston metro-area, which came in No. 27.

San Antonians are facing more than just weight issues — the city is among the top ranked metros in the U.S. for high cholesterol, heart disease, diabetes and obesity-related health consequences.

However, SA isn't the unhealthiest Texas city, according to the study — the McAllen metro area was ranked the most obese and overweight city in the country.

The leading cause for obesity, a health crisis costing America $200 billion annually in health care, is lack of physical activity. Secondary causes are genetics, emotional instability and sleeplessness, research shows.