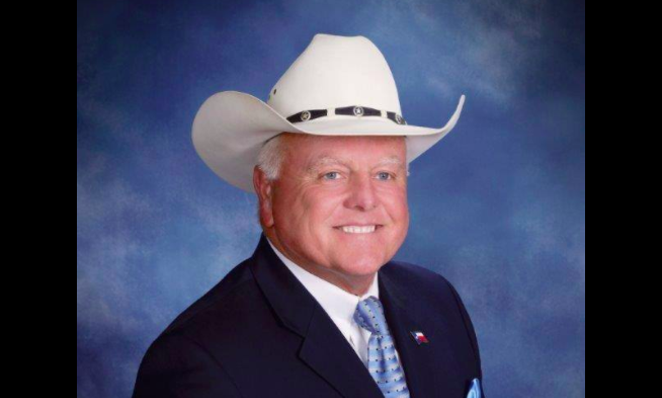 On Sunday, Miller shared a "Joke of the Day" with his faithful followers that managed to both poke fun at suicide and perpetuate a racist stereotype. 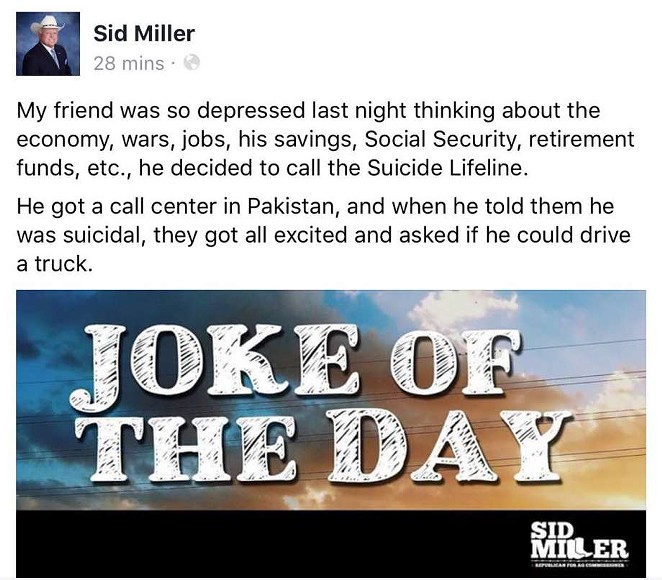 Twitter via @bobbycblanchard
"My friend was so depressed last night thinking about the economy, wars, jobs, his savings, Social Security, retirement funds, etc., he decided to call the Suicide Lifeline. He got a call center in Pakistan, and when he told them he was suicidal, they got all excited and asked if he could drive a truck."

The afternoon post was deleted by the end of the day — but not before Texas Tribune staffer Bobby Blanchard shared a screenshot on Twitter.

Unfortunately, this kind of "humor" doesn't come as much of a surprise from the conservative official. Miller has become the darling of far right Texans in the past for the politically incorrect, God-fearing, Trump-praising, liberal-hating cowboy persona he's created on Facebook. From joking about dropping a nuclear bomb on “the Muslim world," to calling Hillary Clinton a "cunt," to comparing Syrian refugees to a pit of venomous snakes, Miller's used clickbait-y posts to attract some 600,000 Facebook followers (which he calls Team Miller). His posts rarely have to do with his actual job.

This isn't even Miller's first "Joke of the Day" about suicide. In June, he joked that it would be okay for someone to jump of a bridge and die if they didn't remember the Alamo.

Other jokes: Calling Barack Obama a "horse's ass," blaming Hillary Clinton for her husband's alleged sexual abuse, typical jokes about blondes being dumb, and posting a photo of a male model in a skirt and commenting "Sad! Disgusting!"