Deliberation on a new curriculum is being conducted as GOP lawmakers try to eradicate classroom topics that make students 'feel discomfort.' 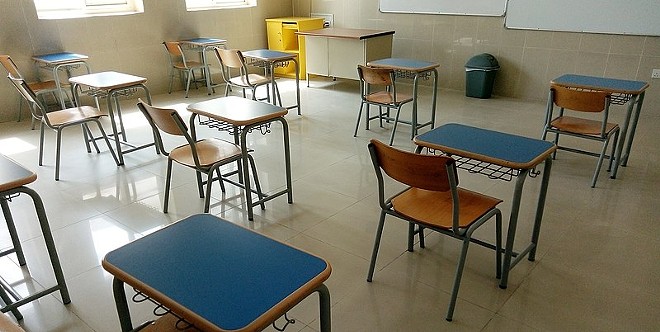 Wikimedia Commons / Akbarali
In 2015, the curriculum taught in Texas school's made headlines after it was discovered that Africa Slaves were referred to as "workers" in a history textbook.
As the Texas State Board of Educators works to revamp its social studies curriculum, a group of nine educators proposed changing how slavery is discussed in second-grade classrooms, saying it should instead be called "involuntary relocation" according to the Texas Tribune.

However, board members shot down the proposed language change, the state's board chair said in a statement supplied to the online news organization.

“The board — with unanimous consent — directed the work group to revisit that specific language,” Texas State Board of Education Chairman Keven Ellis said in the statement provided Thursday.

The proposal is one of many being fielded by the board as part of a 10-year curriculum update, according to the Tribune.

Even before passage of the law, Critical Race Theory wasn't taught in K-12 schools. Slavery also isn't part of the current second-grade social studies curriculum in Texas, the Tribune reports.

The Texas State Board of Educators sent the group's proposed change back via a unanimous vote, asking the educators to "revisit specific language."

“I can’t say what their intention was, but that’s not going to be acceptable,” Davis said.

Texas school made headlines in 2015 when it was discovered that a social studies textbook described enslaved Africans brought to the U.S. via the slave trade as "workers."