The opening of San Pedro I is part of UTSA's 10-year-plan to revitalize and expand its downtown campus. 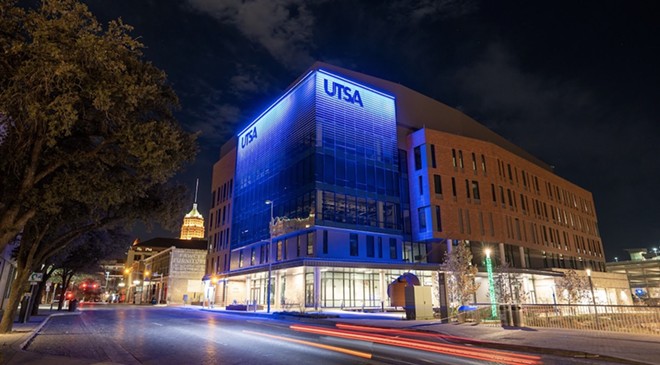 According to officials, San Pedro I will house UTSA's data science, data analytics and national security programs. It's the first phase of the school’s 10-year plan to revitalize and expand its downtown campus.

“We intentionally developed San Pedro I to sit in the heart of downtown San Antonio, where it will attract unique government-university-industry partnerships in the fields of data science, cyber security and national security,” UTSA President Taylor Eighmy said in a statement. "This is a big day for UTSA, our region and our state.”

The $98.1 million facility located along the redeveloped San Pedro Creek area at 506 Dolorosa St. also will include the National Security Collaboration Center. It will be the only school of data science at a majority Hispanic serving institution of higher education, according to a press release.

UTSA is now in the planning stages of a $161.2 million Entrepreneurship and Career building at the downtown campus. That facility is dubbed San Pedro II.