The family is seeking $35 million in damages based on alleged transgressions including sexual harassment, rape and wrongful death. 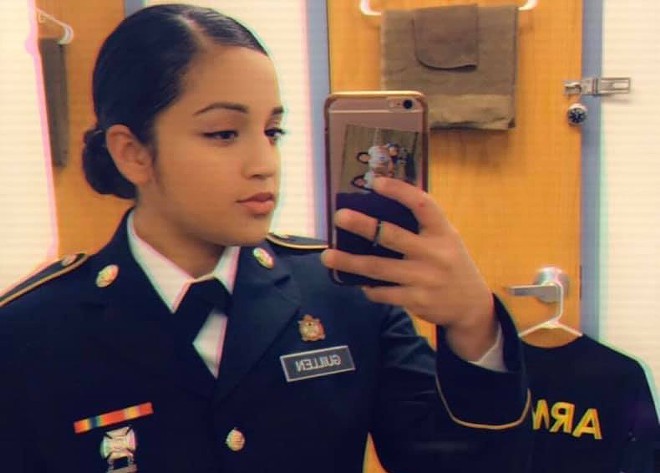 The lawsuit, filed Aug. 12, follows a decision Thursday by a three-judge panel from the 9th U.S. Circuit Court of Appeals in San Francisco, which stated that an Army colonel could proceed with a lawsuit against a retired Air Force general over a sexual assault allegation.

Before that ruling, the military was shielded from sexual abuse-related damage claims because of an interpretation of military doctrine that said soldiers can't file lawsuits over casualties suffered in training or combat, according to the Tribune.

“Why would anyone think, ‘Let me go sign up and serve our country, fight for our country, take bullets, be maimed, die for our country,’ yet when it comes to something as a horrible as sexual assault or something, they don’t have any recourse?” Guillén family attorney Natalie Khawam told the Tribune.

If the Army swats down the claim, Khawam said she intends to file a a federal suit in California, citing reports confirmed by the Army that Guillén was sexually harassed in 2019 at the National Training Center at Fort Irwin.

A September 2020 congressional investigation of Fort Hood, where Guillén was stationed at the time of her disappearance, cast light on glaring missteps taken at the Texas installation to deal with sexual abuse. Ultimately, 14 senior officers there were fired or suspended for their failures.

That investigation found that Guillén reported being sexually harassed two times by a fellow soldier at Fort Hood before she was killed — a finding that contradicted the Army’s initial claims that there was no evidence she'd experienced harassment.

Two months after her disappearance, Guillén’s dismembered remains were found buried along the Leon River. Killeen police, U.S. Marshals and Fort Hood criminal investigators attempted to arrest Specialist Aaron Robinson in relation to the murder, but he shot and killed himself before he could be apprehended.

On Jan. 1, provisions of the “I Am Vanessa Guillén Act” became law. For the first time in U.S. military history, ranking commanders won't be able to decide whether to prosecute service members accused of serious crimes such as manslaughter, stalking and domestic violence. Instead, independent prosecutors will make that call.

Nina uses nearly 20 years of experience in the foodservice industry to tell the stories of movers and shakers in the food scene in San Antonio. Her unique culinary background, both in the front and back of the house, supports genuine relationships with food and drink professionals, garnering honest and insightful...
More
Scroll to read more Texas News articles
Join the San Antonio Current Press Club