After Performance Hiatus, AtticRep Back to Making Bold Theater 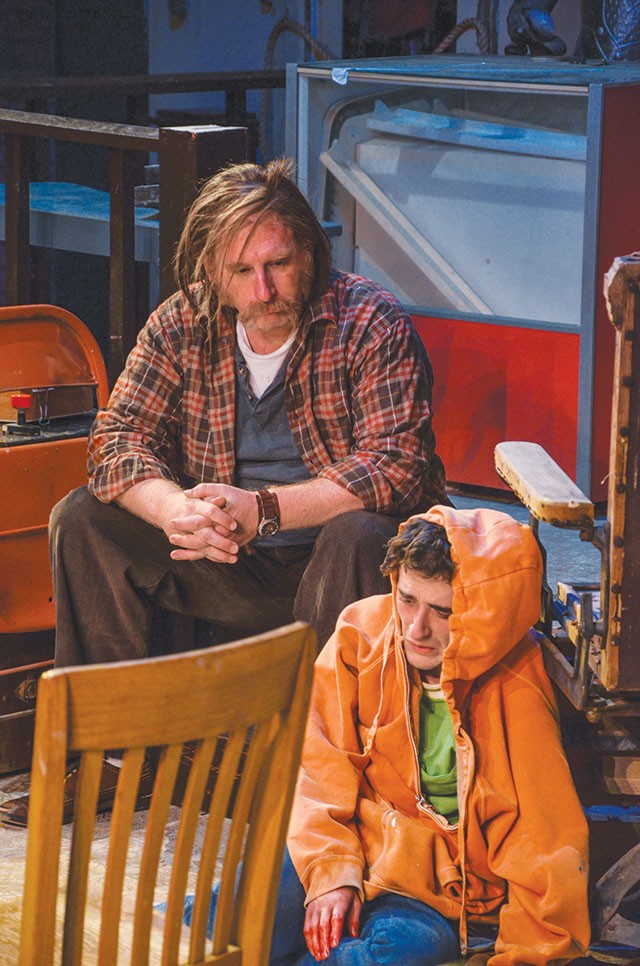 People might wonder if AtticRep’s upcoming move from its intimate black box theater at Trinity University to the new Tobin Center for the Performing Arts will change the SA-based theater company. It will.

Since 2005, AtticRep has been evolving by responding to, incorporating and challenging the physical and socio-political environment through theater. Managing Director Rick Frederick believes that theater is a secular organizing point that brings people together and inspires them through a transformative experience. “We want to present challenging work in a community that prefers to be entertained,” he said. “We are attracted to work that overturns more stones.” Thus, play selections reflect current events and issues, such as the 2006-2007 production of Harold Pinter’s One For the Road, in which the overt theme of abuse responded to the torture scandals at Abu Ghraib.

In Forum Theater pieces, AtticRep creates “theater worth talking about” by first talking to the community to identify issues affecting them. Most recently, actors gathered opinions on marriage equality and then composed a play based on those responses. Producing Artistic Director Roberto Prestigiacomo said, “It is important to be objective and impartial in order to create the premises for a healthy conversation. If we take sides, we will never be able to bring opposite opinions into the conversation.” In production, the 15-minute play was performed twice, the second time with audience members encouraged to intervene by replacing the actors. This was followed by an open discussion between the spectator-participants, actors and audience members. “Theater is a safe space in which you can try to take action, to put yourself out there,” Prestigiacomo said. “Then you go out and you are more powerful.”

So what happens when the theater company whose momentum runs on its connection with the audience, many of whom sit within arm’s reach of the actors, moves to a world-class contemporary arts complex? Nothing ... and everything. Frederick said, “[The move] doesn’t mean we will jeopardize our aesthetic ... The intimacy and immediacy of the experience is at the forefront of who we are.” Though the new studio theater seats 250, the audience area will be reconfigured to seat about 150—still twice as many people as could fit in AtticRep’s old performance space, yet just as intimate.

AtticRep plans to only use the studio theater during production, but there is discussion of creating a more permanent office and rehearsal space on site.

Before moving to the Tobin Center in September, AtticRep will go international this summer, producing a Forum Theater project in India through the San Antonio-Chennai Alliance. “In order for San Antonio to grow,” said Prestigiacomo, “it has to stop recycling itself. It has to trade blood with other people.” Prestigiacomo and Frederick also hope to bring some of this new blood back to San Antonio by collaborating with members of the Chennai community on a traditional play to be staged at the Tobin.

AtticRep’s success has proven that change is good, and with the venue switch bringing greater attention to the company, AtticRep is likely to change San Antonio as well.

More information about AtticRep can be found at atticrep.org. Fans are encouraged to post suggestions for a favorite play from AtticRep’s history to be restaged at the Tobin Center.