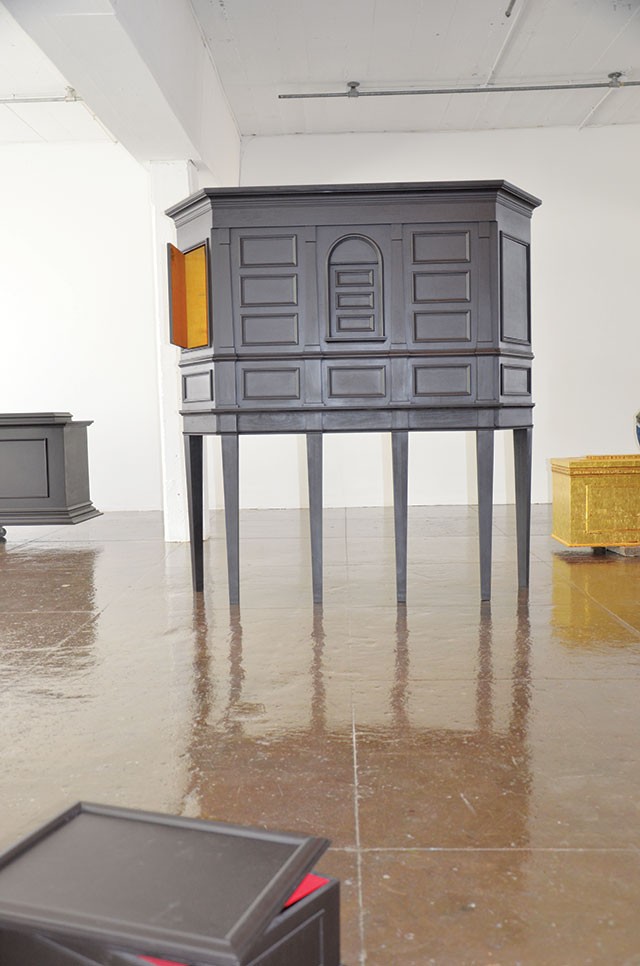 I’ve been a big fan of Los Angeles County Museum of Art Associate Curator Rita Gonzalez’s curatorial work since “Phantom Sightings: Art After the Chicano Movement,” the most provocative and, to my mind, unmissable traveling contemporary exhibition of 2009. In “Phantom Sightings,” Gonzalez went past an encyclopedic approach to “Chicano art” (itself a hugely problematic designation), and made the show a massive project of entwined concepts with playful points of entry; an emerging consciousness with related endpoints. Gonzalez let the variations determine the theme rather than shoehorning the work of, say, the 1970s LA Chicano collective ASCO and supercharged and diverse perspectives like those of Jason Villegas, Margarita Cabrera and Adrian Esparza. In a big show, both in scale and scope, she demonstrated her chops in this curator-as-superstar age; a smart editor, somebody who devises an exhibition around what she terms “the shared preoccupations” of the artists, and, through meticulous, thoughtful choice and encouragement, one who assists in a profound and reverberating coherence.

I’ve been a big fan of Jessica Mallios’ work since the Virginia Rutledge-curated Texas Biennial 2011, when I encountered her video-sculpture installation 1:1. In it, a procession of dancers in a norteño bar circles a monolithic, seemingly obsolete camera. In this piece, she evoked a social practice—bar patrons dancing in a circle—juxtaposed with her positing of the gaze; what is this unfamiliar camera? Is video representation a truth-telling? A presumption? A fetish?

Based on these two alone, I was pretty ready to geek out on this spring’s International Artist-in-Residence crew, and it didn’t disappoint.

Mallios’ Artpace residency shows an artist advancing by leaps and bounds. Her mistrust of photographic representation and interest in the phenomenology of photography have collided with evocative material results. On either wall of the gallery are photo-prints of a folded and saturated paper-made landscape, less product than documented experiments, in which light-sensitive paper (for example) has been allowed to render, then is captured in photographs. A two-way mirror haunts one corner of the gallery, imposing a changeable architecture itself completely mutable by light. The video element, immediately recognizable, is a video view of the workings of the Tower of Americas, with the singular POV facing out towards city and skyline through the rain-specked or sun-streaked glass of the spinning novelty restaurant at the top. Periodic black spaces in our view both refer to the steel exoskeleton of the tower and allow for sly edits, so that the looped video presents not only various views, but different times of day and atmospheric circumstances.

Rosa Barba, Sicilian-born and Berlin-based, works as a hands-on theorist of celluloid. She’s full-on marquee-level, an alum of Chinati, Dia and a Venice Biennale, who in her residency installation unites the messy, fragile and light-bound parameters of 8- and 16mm film with a playful and multilayered approach to documentary film and land art. There are two film projections whose relationship seems at first casual and allusive. On one of these filmic displays, emitted by a whirring and beautiful projector whose movement seems at once ineffable/iconic and rickety/vulnerable, an aerial view of terraced landfills in American deserts is accompanied by a male computerized voice positing the tiered dumps as archeological middens rather than, well, garbage. There’s a strong note of satire, here; what if, with proper perspective, any incursion into the natural world takes on a potentially significant meaning?

The other, smaller projection, in which obscure letters and symbols seem to be emulsified onto the film itself, is a cuneiform no less potent for its seeming arbitrariness.

The third artist in Gonzalez’s conceptual project, LA-based Liz Glynn, has maybe the most readily engaging IAIR opus. She’s assembled an engrossing, museum-like display of Romanesque casks, caskets, tables and cabinets, each sightline littered with allusion, whose fabrication entailed a hands-on onsite design and joinery collaboration with local maker Reagan Johns. The multiverse of props encapsulates Palladian gestures, Renaissance forms, the whole museum history of furniture and decorative arts and a subtext involving, among other things, object value, banking history and the Medicis. In addition to her exuberant and frankly funny staging of objects, she made a performance wherein professional movers disrupted the space, rearranging the “set” and turning the maybe-OCD enterprise on its head.

It’s in the aggregate that Gonzalez’s thesis comes to bear. Her eye takes a hundred sidelong glances, and in Barba, Glynn and Mallios, she’s sidestepped any straightforward statement of purpose like “women in art” or “the shortfalls of power.” She, and each of the three in residence, approaches central art-historical notions and plays up their fictions: that photography represents reality; that film documents factual landscape; that an object’s provenance dictates its value. This IAIR lets you in on the pantomimes and suspends them as tricky, layered and true.