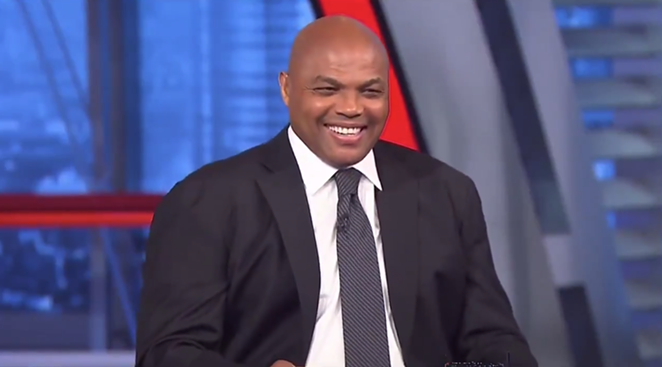 Photo via Twitter / johndelizondo
A year after poking fun at San Antonio for getting its feelings hurt, Charles Barkley is back to talking shit about the San Antonio.

Or at least the women here.

During the Houston Rockets matchup against the Utah Jazz, the NBA-star-turned-analyst took a dig at the "big ole women" in the Alamo City. While a clip of some incredible acrobatics aired during the game's halftime show, Barkley said, "I bet you couldn't do it to them big-ass women in San Antonio."


Charles Barkley is at it again San Antonio... pic.twitter.com/AlBczMoXHH

You can immediately hear Shaquille O'Neal — who frequently cracks up over Barkley's shit-talking — laughing up in the background while another host points out that San Antonio women aren't safe from Barkley's wrath even when the Spurs aren't playing.

In true Chuck fashion, he didn't stop there, going on to say that San Antonio women would go flying through the roof if they tried to pull such an acrobatic trick.

OK, time for the local woman who broke Chuck's heart to 'fess up.