Love in the Time of Fentanyl and "Fonos" will be screened at the Feb. 3 event. 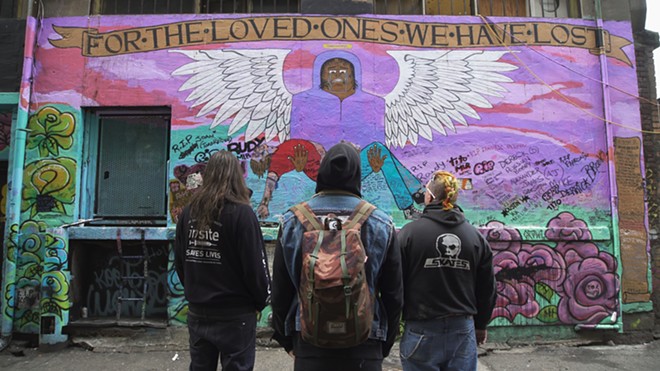 Love in the Time of Fentanyl highlights a community in Vancouver trying to prevent overdose deaths through safe injection sites. The deeply intimate documentary is centered on the overdose epidemic that’s been tearing through communities, not just in Canada, but throughout the entirety of North America since the ‘90s.

The overwhelming number of overdose deaths prompted filmmaker Colin Askey to film employees and volunteers at a supervised consumption site, run by an organization called the Overdose Prevention Society (OPS). The organization was founded by Sarah Blyth, who opened the site without government approval and primarily employs active and former drug users.

While lawmakers and community members continue to debate legalizing these services, the documentary takes viewers into the personal day-to-day of volunteers like active fentanyl user Dana McInnins, who takes measures to reverse overdoses and prevent tragedy on the spot. The film moves past drug user stigmatization, preferring to show instead how safe injection sites can provide hope and reprieve for those most vulnerable in the overdose crisis.

The documentary screening will follow the showing of “Fonos,” an animated short film presented courtesy of the Instituto Mexicano de Cinematografia. Directed by Gabriela Badillo Sánchez, the film tells a story of loss, family and confronting powerful emotions.