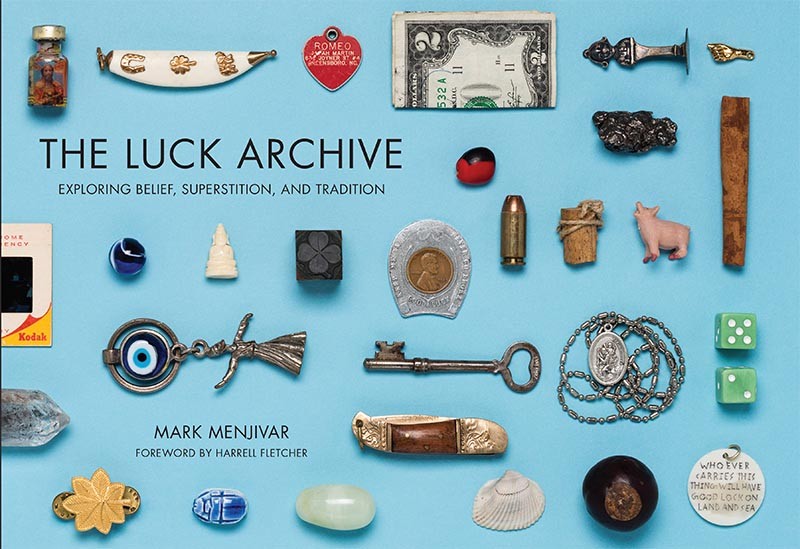 Born in Virginia and raised in Central America, self-described "artist and photographer" Mark Menjivar attended Clark High School, studied social work at Baylor University and earned an MFA (in art and social practice) from Portland State University. It wasn't until after he'd moved to Bolivia and started a nonprofit that he began looking at photography as a creative and professional tool. A completely self-taught photographer, Menjivar began freelancing in 2006, has made a business out of documenting visual art, exhibitions and architectural design, and is a lead artist of the social art project Borderland Collective. In his personal work, Menjivar favors collaborative endeavors that "take place just as much in the streets and abandoned warehouses as they do in university galleries and museums." 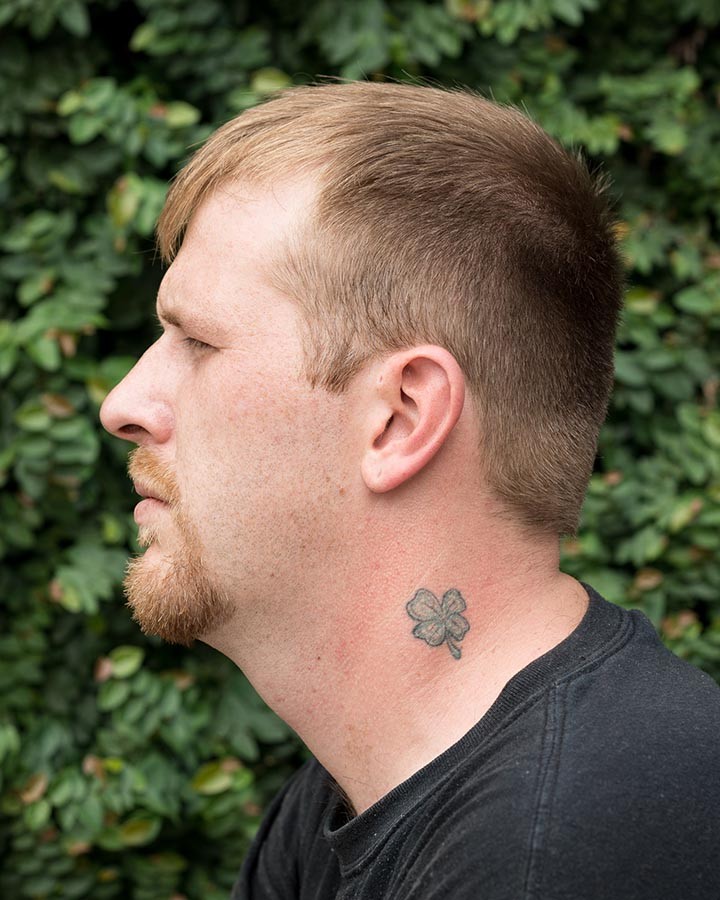 Courtesy
A lucky tattoo on the neck of a contributor

After giving a talk in conjunction with TEDxSanAntonio in 2012, Menjivar was approached by Trinity University Press about publishing a book on his ongoing project The Luck Archive. Due for an official release in June, the meticulously curated volume is but one part of an endeavor exploring the role luck plays in our lives. Sparked by the chance discovery of four four-leafed clovers pressed into a copy of the 1940s-era book 1,000 Facts Worth Knowing, The Luck Archive currently comprises more than 500 stories, objects and photographs that connect dots between such unlikely parties as a motivational speaker, a witch named Lady Mimi and members of the San Antonio Missions minor league baseball team.

When did you discover the four-leaf clovers?

That was in 2008 ... I walked into an old bookstore [in Indiana] and found the four-leaf clovers pressed into the pages of an old book. I always say it was better finding those than it was finding money — because of the possibilities. Eventually I started having conversations with people about the concept of luck and how luck intersects with beliefs, cultures, traditions. And I had the idea to begin archiving everything on this journey and exploration of luck in peoples' lives.

Some of the things included in The Luck Archive piqued my interest – underwear and rainbows, for instance.

I was flying from Dallas to San Antonio, and ... a guy [came] bouncing down the aisle and ... sat next to me. We actually talked the whole way back; he's a motivational speaker. I told him I was exploring the concept of luck and he told me that he's given over 950 talks, and every time he wears a lucky pair of gray underwear. He has a few pairs that he changes out ... He's actually from San Antonio and gave me a pair of his 'lucky grays.'

Did you have to return them?

No, I still have them. That's the crazy thing. When I started the project, I was just making photographs of things. But then people started giving me things and I was blown away that people would give me their grandmothers' rings or an evil eye amulet that they bought in Turkey ... But that's how I kind of came into the idea of archiving things and collecting them, not only with the photographs that can be printed and stored in a folder or text pieces that can be stored on the computer, but kind of collecting all these objects.

What about the rainbows?

Is that the only photograph in the book that's not yours?

No, there are a few. This girl Rebecca emailed me [because she] was interviewing artists for a class project ... and she was like, "When I was a child I believed I could bring my brothers good luck if I crossed every part of my body." I invited her to be a part of the project ... And so we decided that she would take a picture of herself crossing every single part of her body.

And she wrote the entry?

For most pieces I'd try to get people to write their own stories and choose how they desire to be represented in the book. So every single person has approved being in the book, most wrote their own text, and that was something that was really important to me. I just felt like it was the ethical thing to do. Part of it is working with people individually ... but I've also done a couple of artist residencies around the project. One of them was wabiStory, which was started by Ben Judson. For wabiStory, I looked in the San Antonio phonebook [for businesses] that used Lucky in [their names] ... and participated in whatever way that would be. So I went and watched game six of the NBA finals in the Lucky Monkey Sports Bar; got a haircut at the Lucky Star Barbershop; sent my wife on a date at Lucky Nails; bought lotto tickets at the Lucky Food Mart with my son; [and] invited a couple people I was working with to come play bingo at the Lucky Ballroom.

Has anyone shared anything that scared you in terms of what brings them luck?

There was a witch [named Lady Mimi] that I met in the French Quarter (New Orleans) and she sold me this root and told me all sorts of crazy things to do with it, like putting bodily fluids on it ... She told me to carry it with me and blow smoke on it or pour alcohol on it ... All of this would make it more potent ... She also talked about all sorts of things you could do to bring curses on people, and that for me was a little outside of my realm.

And what are you doing for the San Antonio Book Festival?