The performances on June 2 and 3 showcase Leonard Bernstein, Arturo Márquez, Edward Elgar and others on the program. 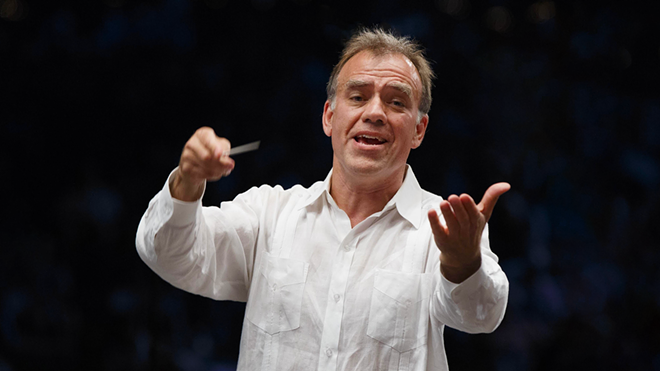 Courtesy of MOSAS
The concerts will be led by Symphony Music Director Emeritus Christopher Wilkins.
The latest in the series of concerts performed by the Musicians of the San Antonio Symphony (MOSAS) will feature Music Director Emeritus of the San Antonio Symphony Christopher Wilkins, who led the orchestra for 10 years in the early 2000s.

The selected repertoire also includes two pieces of music that local nonprofit the San Antonio Symphony League integrated into its 48th annual Paint to Music program: William Grant Still's The American Scene: Grand Teton and Richard Wagner's "Forest Murmurs" from the opera Siegfried. For this interdisciplinary arts program targeted at elementary school students, the Symphony League made the works by Still and Wagner available to local students and asked them to create drawings based on the music.

The winners of the Paint to Music program will be announced at MOSAS' free Family Concert at 10 a.m. on June 4, a shorter, kid-friendly program that will also be held at First Baptist Church.