This year’s honor makes the waterpark the longest-tenured winner of the Golden Ticket Award. 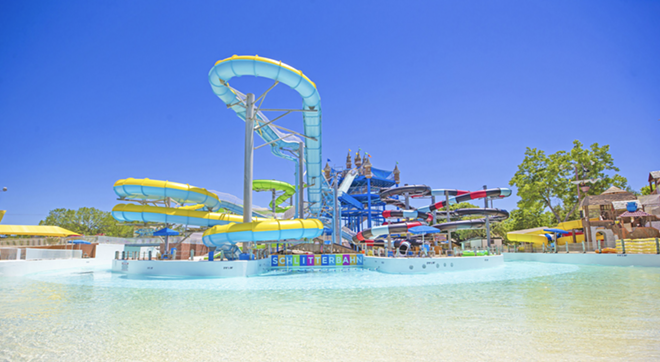 The amusement-business magazine awarded its Golden Ticket Award — determined through an international poll — to Schlitterbahn officials on Saturday. This year's honor makes Schlitterbahn New Braunfels the longest-tenured award winner in the award's history, according to contest officials.

Schlitterbahn opened for the 2022 season with $4.5 million in upgrades, including new shade structures, shuttle buses and landscaping, a new onsite barbecue food truck and a streamlined entry process for season pass holders, according to park officials.

Nina uses nearly 20 years of experience in the foodservice industry to tell the stories of movers and shakers in the food scene in San Antonio. Her unique culinary background, both in the front and back of the house, supports genuine relationships with food and drink professionals, garnering honest and insightful...
More
Scroll to read more Things to Do articles
Join the San Antonio Current Press Club