The San Antonio-formed band delved into a deep catalog of melodic-yet-crushing material while the frenzied crowd ate it all up. 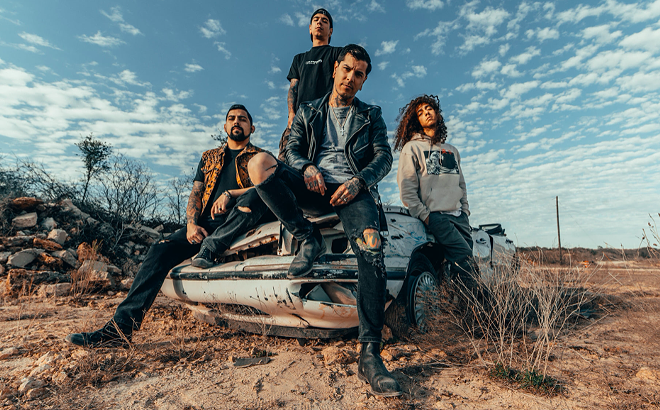 
After performances by rising San Antonio bands Semper Acerbus, Skum and Left IV Dead, East Texas-based group The Dialectic took the stage. Between deathcore-filled songs, the band spoke about pride for its home state. Even though the music held plenty of dynamics, performance-wise, The Dialectic felt a little stiff. But that didn't stop the crowdsurfing throughout the set — a standard that would be kept for the rest of the show.

Atlanta's Left to Suffer may hail from a different state from the others on the bill, but it connected with the San Antonio crowd by speaking a language of distorted, dirty metal. The band kept its synchronized headbanging going throughout the set, which also required mean-muggin' faces. The group claims to play metalcore, but that's a questionable label considering the heaviness of its performance.

Upon a Burning Body took the stage along with a few Christmas inflatables,  including a Buc-ee's mascot with a Santa hat. Having come a long way since they first popped up on the scene, the members of UABB have kept to true to their musical roots. Indeed, the biggest change the band appears to be its decision to trade in the suspenders and dress shirts it once wore for performances for everyday day clothes they seem more comfortable in.

From new songs to the older tracks dating back to 2013, UABB delved into a deep catalog of melodic-yet-crushing material while the frenzied crowd ate it all up. Even though the band managed to go international, it seems as if the local admiration never died out.

UABB ended the show in proper form by playing the anthem "Texas Blood Money." The crowd went wild, and you could feel the Lone Star pride swell in your chest. The show made it clear that as long as Upon a Burning Body keeps its San Antonio and metal roots, it will always have a place to call home.

Live Music in San Antonio This Week: The Trad Police, I Am Human, Moxie and more