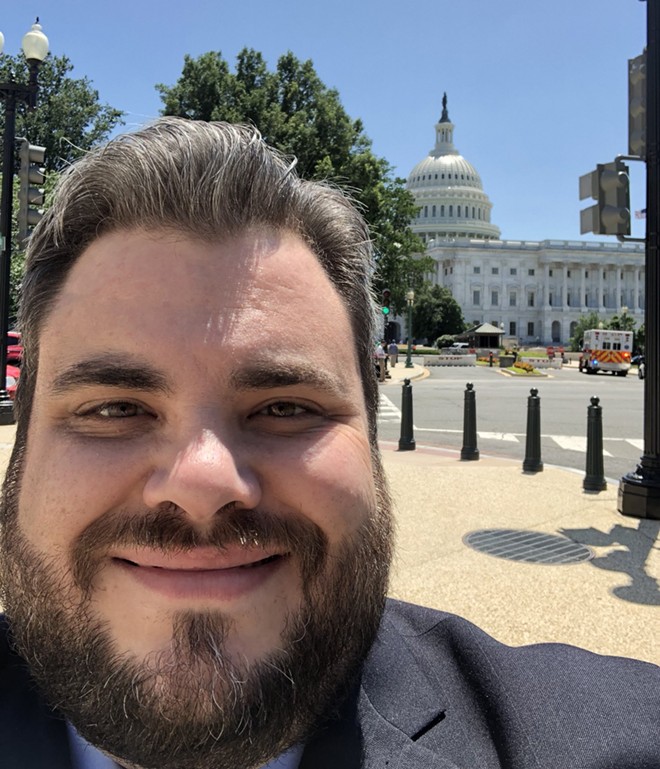 Grammy-winning-rapper-turned-controversy-courting-troll Kanye West had a banner month for saying stupid and offensive shit.

He drew the ire of the fashion world by posing in a "White Lives Matter" T-shirt at his latest runway show, and during a Fox News appearance made the claim that clothing brand The Gap, with whom he has a beef, knew about the Uvalde shooting before it happened.

He saved his most outrageous statement for Twitter, however, earning a ban from the platform by tweeting a threat to go "death con 3 On [sic] JEWISH PEOPLE." Despite making what sounded an awful lot like a threat to kill Jews, Kanye explained how he wasn't racist: "The funny thing is I actually can't be Anti Semitic [sic] because black people are actually Jew [sic] also."

As expected, the Twitter tirade prompted widespread condemnation from anyone from the Anti-Defamation League to Ariana Grande. One notable exception: former Republican Texas House member Jonathan Stickland, who gleefully thanked Ye for the tweet since it would cause leftists to lose their shit. Or something.

"The left is freaking out, will overreact, and make things worse," tweeted Stickland, who describes himself as a "Christian conservative liberty loving Texan." (No commas needed on the platform, apparently.) "Thankful for those 'challenging authority,' by asking questions. w/ @elonmusk & @kanyewest #onward."

Sounds about par for the course for Stickland, the bloviating buffoon who was in the Texas House six years before finally managing to get bill passed in 2019.

Around that time, Texas Monthly dubbed him the state's "loudest and least effective legislator," pointing out that the same day his proposal passed, he unleashed a shitstorm by accusing one of Texas' leading vaccine scientists of "sorcery."

In his Twitter profile, Stickland describes himself as a "recovering politician." Perhaps he also should add one more identifier: "full-time assclown."